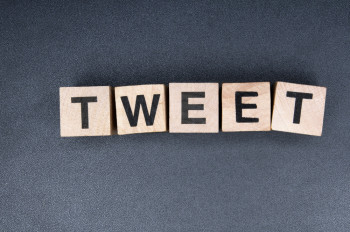 Your company wants to use Twitter – that’s great, considering that Twitter is one of the most popular networks for both B2Bs and B2Cs. Every Twitter strategy is different based on industry and goals, but there are some universal rules that everyone should entrust. Before you get nervous that you will lead your company’s name into branding suicide – let’s take a brief look at previous mistakes that were made by some of the most well-known celebrities in Hollywood.

Amanda Bynes: sharing too much, too soon

What can Amanda’s Twitter tantrum teach businesses everywhere? It’s all about quality not quantity! Followers do not want to see a Tasmanian devil of irrelevant 140-character messages; they want to see variety that will keep them guessing and clicking! Use an array of content to sustain your audience’s attention.

Amanda Bynes has been on a retweeting tirade lately. If you follow her on Twitter, I’m sure your newsfeed is cluttered with meaningless mentions and statements that are pointless. Although the spiraling disaster taking place on social is entertaining – it can be a bit annoying, agreed? After a while, you become restless and your instincts force you to unfollow her. Eighty-seven percent of online users are more likely to buy from a brand that socially engages with them. Interacting with your audience means that you are listening to what they are talking about and responding – not just filling up their News Feeds with content that doesn’t offer value. It’s important to stay up-to-date on industry trends so that you can create some buzz-worthy discussions – this will increase the virility of what you are saying.

Big or small, your company should follow other industry-related Twitter users. Extending your reach on Twitter is similar to a domino effect. You want to follow industry leaders who will then (hopefully) follow you back. The second they follow your company – you have a ‘make it or break it’ period of time to capture their attention with industry-worthy content. Upon interest, they will RT your posts and then reveal your rich content to all of their followers – who will hopefully do the same.

Kanye West is famous for his outrageous opinions and the extremely harsh things he does without a second thought. So, when Kanye unfollowed every single Twitter user except for his infamously beaut of a girlfriend, Kim Kardashian, it was barely a shocker! It may not be as horrific as booing someone off the stage – but this sort of action breaks an important Twitter rule.

Beyond the keyword issues of having grammatical errors, spelling mistakes can make your strategy look sloppy and unprofessional. Users view your profile as a potential business endeavor. Spelling words wrong or being too silly with your posts can turn users off to your services. Snoop Dogg (Snoop Lion) is one of the most famous hip-hop artists of his time; some may call him a musical legend. Throughout his years of producing epic beats and rhythmic anthems, Snoop was inspired enough to create his own ‘language.’ The public recognized these talents with an array of awards and platinum records, and now Twitter has one more honor to add.

Snoop is acknowledged as having the most grammatical errors of any Twitter user EVER. Totaling in at 30.9 million spelling mistakes – Snoop takes the cake from comparable artist like Wiz Khalifa and Bruno Mars.

Automation is one of biggest conveniences of social media, but could potentially be one of your company’s biggest downfalls. Users can decipher an automated post from an original – and customized social speaks to audiences better. Anyone can turn on automation, but it takes a company that cares to want to personally reach out to their customers. If you are thinking that automation is a great way to cross promote, you are right in the sense that you are getting users to notice your other profiles. But you must ask yourself – why are users going to click on your Facebook, Instagram, etc. – if they can already explore these networks on one News Feed?

Learn from others’ mistakes and skip straight to results

Twitter is an important portion of social media marketing and it helps create a brand name for your business on the web. This network is essentially a piece of online real estate that should reflect your brand. Utilize this free channel to attract the attention of unique and existing visitors with an assortment of rich content. Be thankful that some of our favorite celebrities have broken some of the biggest universal “Twitter Laws” and take this time to learn from their mistakes. Happy Tweeting!