Microsoft made headlines last week when they announced that they are developing a version of their desktop OS, Windows (8?), for the ARM processor platform. If you are not familiar with ARM, it is the type of chip powering nearly all modern smartphones.

The ARM platform has some basic advantages over the x86 processors we find in our desktop and notebook computers: it draws far less power (better battery life), ARM processors typically are part of System on a Chip (SoC) packages (small form factor devices with high performance) and the platform is license-based, so there is healthy competition in the market to keep prices down and innovation encouraged.

When you take into account the sheer size of the smartphone market, in addition to the deluge of tablet devices that run on ARM, the potential market for an ARM-optimized Windows is staggering. However, there are two key hurdles between development and adoption:

1) x86 and ARM applications are not compatible

Much like the debacle that Apple faced when migrating away from the Motorola PowerPC processor platform to Intel's x86 family with the advent of OS X, application compatibility is very unlikely. There are certain ways to get around this – platform-agnostic frameworks like Adobe AIR or Silverlight – but virtualization or full recompiling of each program are the likely outcomes.

In my opinion, virtualization will be the answer. The major reason is Microsoft's heavy investments in App-V technology; App-V moves the application somewhere remote, while only requiring a thin client on your computing device of choice to access the software. This process largely eliminates the compatibility issue, but requires internet access to function.

Best of all, App-V-style applications are perfectly suited for use in an "online store" environment; you could pick and chose which apps you want in an iTunes-style interface and have the functionality available for use in seconds. Imagine being able to install and run intensive applications like Photoshop near instantly over the 'net. Crazy.

2) Windows is not finger friendly. Considering the type of devices that ARM chips power, in order for Windows to be successful, Microsoft will have to dramatically re-skin the Windows shell for touch input. They would do well to take a page from their current work on Windows Phone 7's "Metro" user interface, as it has received high praise from both users and several technology review outlets.

This is, technically speaking, the easiest part of the transition, but Microsoft has not successfully addressed the issue yet in Windows 7. With luck and an army of engineers, an intelligent fusion of the Windows Aero and Metro interfaces should yield a beautiful and touchable OS shell. 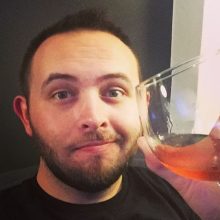