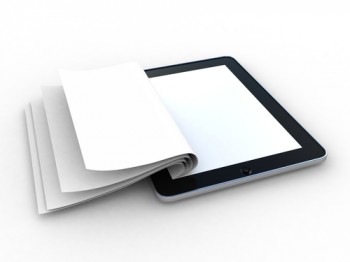 In a lot of ways, my previous blog posts for this website have revolved around my own personal assessments of the role of writers and marketers on the web today. On the one hand, I see a significant opportunity for writers like myself to take advantage of what remains, in many ways, a blank slate. On the other, I’m painfully aware of the pitfalls: the potential for communicative and linguistic degeneration, oversimplification, obfuscation, inaccuracy, etc.

Many of the writers in my field suffer from what I would call a beneficial identity crisis. Creative writers who enter the field of internet content marketing aren’t comfortable calling themselves journalists, and the honest-to-God journalists who work with internet content aren’t totally comfortable calling what they do “journalism.” New media creates a unique space for these writers/marketers, who operate with a keen eye on the evolving commandments of web copy and SEO, while trying to maintain the editorial standards they deem relevant and sustaining the tonal, grammatical and stylistic models of “good writing.”

No matter what you’re writing, a lot of time is spent in the middle. Marketers who work with clients to develop any form of content know this. Ideal content is often both authoritative and accessible, but when we consider the actual meaning of these words, on a high level, we can plainly see how they are, in many ways, divergent. Historically, authoritative rhetoric has been such precisely because it is (to some extent, at least) inaccessible. Language that’s too accessible, then, will undoubtedly come off as unauthoritative.

“The simple answer is that I have changed my techniques in order to avoid the relentless sameness of my material, but I have probably only found new costumes, not new creatures entirely.” – Ben Marcus

As marketing on the web begins to move away from the trickery of deft keyword integration and toward that mysterious, indefinable “quality,” writers and marketers become less like illusionists and more like, well, writers and marketers. And this is a good thing. Recognizing this, clients want authority, and that means more in-depth content. More thinking, more research, more care.

But merely adapting existing content modes to fit this new model isn’t enough. At a point, new modes have to be developed, and that is where we get the Modern White Paper.

An interesting note: if you search for a definition of the MWP, you’ll see that it’s popularly regarded as (i.e. Wikipedia calls it), “…an authoritative report or guide that often addresses issues and how to solve them.” This definition shares a fascinating convergence with the dictionary definition of Google’s Holy Ghost, the algorithm: “A process or set of rules to be followed in calculations or other problem-solving operations, especially by a computer.” Essentially, a MWP is a rhetorical or linguistic algorithm whose successful dissemination is determined by a data-driven search algorithm. Take a deep breath. While the metaphysical stakes may seem high, writers and marketers can at least take solace in the fact that the MWP generally tackles smaller problems than its traditional predecessors. Commonly considered the first white waper ever, The Churchill White Paper of 1922 swung for the fences, attempting to establish parameters for a Jewish settlement in Palestine.

When it comes to the authority paradox, the form itself begins to solve the problem (again, we’re delving into the metaphysical – the idea of a MWP is a White Paper itself) of successfully navigating the space between authority and accessibility. Outlining a series of steps to solve a problem or resolve an issue inherently puts the speaker in an authoritative position – it makes him or her a thought leader. It says, “I’ve navigated the maze, killed the Minotaur, and this gold string is the way out.”

The advantage to having an existing form that dictates authority is that in the work itself, the writer has free reign to develop just about any tone and address any audience.

“The true enemy of man is generalization.” – Czeslaw Milosz

Despite the convenience of the form, it’s essential that the MWP is written from an extremely well-informed point of view. From a writer’s perspective, that often means delving back into academic modes of research and thought. When one of my editors suggested that I write a piece about MWPs and the space they occupy for content marketers, she directed me to an interesting Op-Ed article in The Boston Globe that talked about the role of academics in mass media. Much in the same way that writers and content marketers often find themselves “middling,” the author noted that when academic subjects are given space in a major arena, the researchers and experts thrust into the limelight are often faced with a frustrating problem. Exhaustive research is never going to simplify a serious quandary into a simple headline, a sound-bite, or a neat, bulleted list. To really get an audience to understand a complex issue, an expert has to demand a lot of his or her listeners, viewers or readers. The problem is that, increasingly, those people don’t have the time or the patience to unpack things.

In terms of the MWP, I think the key is to consider the complexity of the work by understanding it as we have previously defined it: as an algorithm. Thinking of the MWP as a computational series of steps used to solve a problem will, at a high level, give a writer an important perspective.

On the other side of the coin, many expert marketers, who understand how to connect with, inform and satiate their audiences, lean too heavily on those tenets of modern consumer communication without really understanding the nuance of the material they’re delivering. Both parties, in this case, have to middle. The academic has to consider the marketer’s rules, and the marketer has to appreciate the intricate details of the academic’s research:

“There’s a sweet spot between the eminent scholar who had so much to say but couldn’t find a way to say it and the media pro who didn’t have much to say but managed to get it said memorably in a few seconds of airtime,” Carlo Rotella wrote for the Globe.

In terms of the MWP, I think the key is to consider the complexity of the work by understanding it as we have previously defined it: as an algorithm. Thinking of the MWP as a computational series of steps used to solve a problem will, at a high level, give a writer an important perspective. While the steps from A to Z may initially seem relatively simple, the potential for compounding factors, cross-breezes that may affect a project’s trajectory, must be accounted for in order to fully understand the scope of the endeavor. A writer should consider each step of the process as a logical, if/then construction. How many possible paths are there? He or she doesn’t necessarily need to address each and every possibility, but grasping the breadth of the project will help determine the level of scholarship necessary to effectively complete the work. As a marketer, determining what and what not to include is key to maintaining the reader’s attention.

“You should always be trying to write a poem you are unable to write, a poem you lack the technique, the language, the courage to achieve. Otherwise you’re merely imitating yourself, going nowhere, because that’s always easiest.” – John Berryman

The MWP is a tool – like blog posts, Tweets or industry news updates – that marketers and writers should both carefully and daringly develop. As a writer, and perhaps more importantly as a reader and revere-er of fiction and poetry, I’ve had to develop a unique relationship with marketing and internet content writing. And it has pleasantly surprised me. Writers should recognize the expansive nature of communication and the drivers behind it, embracing the opportunity to create something new, themselves directing the path of tomorrow’s internet rather than simply navigating a perceived course. The MWP is an effective formula only because it was adapted and developed to fill a void. Writers and marketers who continue to pursue those voids and fill them with radical, forward-thinking forms of content, who develop the next mode of communication and redefine information and meaningful use, will ensure that the nature of internet content continues to surprise and succeed. Safety, as Berryman notes, is nobody’s friend. And it isn’t much fun, either.