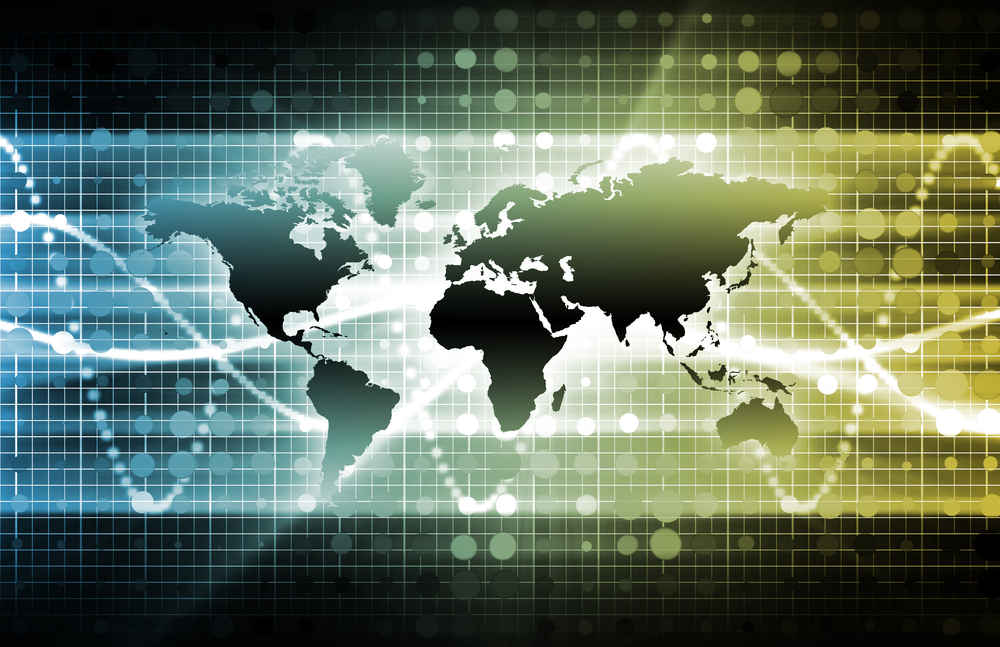 The idea of an online community is a dichotomy because at every turn, the internet does two very opposing things: it works to connect the elements that make it up – its users, its content, its algorithms, its data – and serves an inherently alienating presence through its vastness and the reality of its access points. It’s a lot like living in the universe. Although we may be connected in unfathomable ways to the biological and physical world around us, our singular kind of puny perspectives always set us apart.

Just as communities of overlapping perspectives form offline, content and social media marketing help brands develop an amorphous online group or following that, by virtue of its own existence, grows exponentially. Good marketers produce content that sells itself. An online community combats alienation with the promotion and valuation of a shared experience. This, I think, is close to the root of what we consider, or what becomes, “viral.” The content itself is not viral – instead, it taps into a shared goal or desire of followers, and the idea of building community drives participation. We hear the term shared experience a lot in the world of visual art, music, theater and literature. Renowned performance artist Marina Abramovic’s 2010 work, “The Artist Is Present,” explored, like most of her work, the relationship between the artist and the audience in a performance space. Theater remains relevant in the age of instant movies on Netflix because dramatic expression remains rooted in shared experiences and human closeness. Poetry rightfully remains an aural tradition despite the fact that its primary vehicle (the book) is a quiet, private and secretive thing. Jeff Tweedy, of Wilco, described his endeavor to strong-arm the listener into actively engaging the band’s 2004 record:

“I wanted to make an album about identity, and within that is the idea of a higher power, the idea of randomness, and that anything can happen, and that we can’t control it.”

The central element of a shared experience is its inexpressibility, the notion that to understand, you “just had to be there.” There’s a particularly powerful feeling you get when you come to the realization that some habit, need or mode of thinking, however banal, is a universal one. In fact, the stranger or more personal the event, the more comforting it is to discover that it is shared.

How does this all play out in the online community, and how can marketers understand what creates and motivates shared experience to reach consumers?

Viral as a shared experience

The idea of the viral internet is a lot like the idea of a shared experience. While “quality” content’s status is at least partially based on its merit, successful viral media seems to have no discernible properties or attributes beyond its reach. Much like the most moving shared experiences, viral content is all about pathos – emotional appeal to audiences.

Viral content is inherently relevant, but this category alone isn’t particularly interesting. Videos of Mitt Romney’s controversial address to donors just before this past November’s Presidential election went viral for obvious reasons. Who wouldn’t want to see a potential leader of the free world saying something that would arouse a large portion of the voter base?

As detractors cry out “why are we sharing this? this is inane,” more people jump on board, click the link, watch the video, whatever.

But absurdist themes present a far more engaging discussion, mostly because their success is like Tweedy’s treatment of identity: random and uncontrollable. The more inane something is, the more it seems to be shared. As detractors cry out “why are we sharing this? this is inane,” more people jump on board, click the link, watch the video, whatever. This is similar to the discovery that a private habit is actually universal. The dumber the content is, the more empowering and humanizing it is to participate and admit that you like it.

Seinfeld was successful as a television show because it humanized some of the basest and most selfish of these universal concerns. No matter how outlandish the characters lives became, there always remained some semblance of humanity in their actions. A caricature of Jerry Seinfeld’s comedy is reliant entirely on the idea of a shared experience (“Don’t you hate it when…”), and many comics use this method as a tool for disarmament. Performers often forge bonds with the audience by establishing some level of discomfort between audience members or forcing them to deconstruct social walls among themselves, establishing a new environment in which the audience and the performer are more among one another than they are engaged in a two-way dialogue. From this particular strategy, marketers can take an important lesson. Everyone talks about engagement, but what does engagement mean, exactly, and how do you encourage it? Though you may possess expertise as a marketer, it’s important to remember that you access the internet from the same singular, puny point that everyone else does, and you can’t produce organic discussion the way you can produce content, you can only encourage it.

A shared experience is dependent upon a number of factors. Think of your marketing channels as a venue, and yourself (or your brand content) as a comedian. To get people to laugh, you need to get them to laugh together. Are you capable of performing in a major venue, or will your material be more successful in an intimate, underground comedy club? Knowing the avenues for content delivery is critical to encouraging viral response.

More, understand your audience’s relationship among itself (“Ladies, am I right?”). Your content should be targeted to break down barriers between members of your audience instead of bluntly attacking the wall between yourself and the audience at large.

The marketer and the artist

Virality and engagement is obviously complicated, and there’s no magic bullet that can give you even a solid chance at success. If there were, virality wouldn’t be exactly what it is. Thinking about the nuances of your relationship with your audience, however, and focusing on a holistic, high-quality content strategy can help you develop new and innovative forms of promotion.

“One thing you can leave always is a good idea, and I really want this good idea to live after me,” Marina Abramovic said.

Looking back on her career just before “The Artist is Present” opened at the Museum of Modern Art in New York, Marina Abramovic said, “One thing you can leave always is a good idea, and I really want this good idea to live after me.” Virality and legacy have a lot in common, and traces of a cultural lineage are present in both. Marketers who consider the shared experience for what it is – that artistic, fleeting, cathartic moment – will succeed not only in the short term, but will develop long-lasting methods of engagement tailored to the age of digital culture.