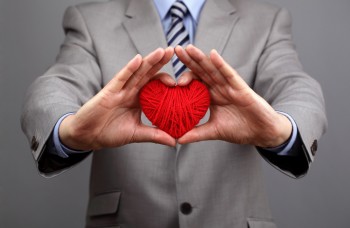 Corporate social responsibility – CSR – is one of the biggest buzzwords around right now. Don’t know what it stands for? Not to worry, by the end of this post, you’ll be so familiar with the term that you’ll practically be ready to launch your own campaign. CSR has grown in popularity over the past few years, and it’s only been magnified with the spread of social media.

Companies are becoming increasingly aware of the local organizations around them, and they’re teaming up with nonprofits more frequently in order to support these causes.

How did CSR come about?

While we may have been hearing about CSR more often over the past few years, the concept isn’t new. Since its beginnings as public relations strategy, CSR has transformed into something bigger than just a strategy to off-shoot bad press. Managers are now more focused on leading sustainable business practices and becoming socially responsible.

Some larger companies are taking the lead and reaching deep into their pockets to support numerous initiatives. BMW, for one, has been making a name for itself in the CSR world. In 2012, it raised more than $30 million for charitable endeavors, with 47 percent going to education initiatives, 35 percent to a local South Carolina community and 18 percent to the arts. People are noticing, too, as Forbes ranked BMW fourth in corporations with the best CSR reputations.

Social media plays an important role in CSR, because online transparency holds companies accountable. Any person can directly reach the biggest brands in the world with a Tweet. According to the Harvard Business Review (HBR), customers are taking advantage of this access. Businesses have heard firsthand from their customers that they need to “enact good, fair business practices.”

45 percent of consumers are willing to pay more for items from companies engaged in altruistic efforts.

It’s not always about making positive strides with the public, either. Forbes reports that more employees care about their companies’ morals. Executives say they’ve seen both workers and customers voice the opinion that they want to work with companies they respect.

In fact, A Nielsen study found 45 percent of consumers are willing to pay more for items from companies engaged in altruistic efforts, with younger consumers driving this trend. People under 30 are the most likely to spend extra for socially responsible products and services.

Businesses are using social media to support their CSR initiatives. According to the Harvard Business Review, it’s crucial that whoever manages your social media accounts has a good idea of your business’ CSR efforts. This way, he or she can keep the public – and more importantly your customers – in the loop about upcoming CSR projects. People who follow your social media profiles want to know about your products and services, but also about the things your company is doing to support important causes, promote a sustainable environment and foster a positive employee culture.

Chase goes one step further by involving the general public as well as staff members. With its Chase Community Giving program on Twitter, Facebook and YouTube, the financial giant allows fans to vote on the causes closest to their hearts. It awards more than $30 million in grants to various causes across the country based on participants’ votes.
This approach demonstrates what good Chase does for the community, but the impact is actually more widespread. Chase’ social promotion invites wider audiences to participate in its charitable endeavors.

Teamwork is essential for creating a CSR program that truly represents the business’ values, and social marketing campaigns should support philanthropic efforts. Companies must determine their exact goals for CSR programs and find ways to promote those aims internally and externally.

Work with charities to cross-promote. By tagging the organization’s name, you’re not only drawing attention to your company’s work, but also to the nonprofit itself.

Some businesses choose to focus on local nonprofits as a way to help their surrounding communities and engage with consumers. Others partner with charities and integrate regular fundraising events into their social media campaigns. CSR campaign leaders should work closely with the business’ social media team to keep the message on-brand. If you’re having a big event with proceeds going to charity, have someone on hand to take lots of pictures and upload an album to Facebook.

Active social media participation is essential for letting your brand’s audience know what you’re doing. Work with charities to cross-promote each other. By tagging the organization’s name, you’re not only drawing attention to your company’s work, but also to the nonprofit itself. Use your Facebook, Twitter, LinkedIn and Google+ channels to alert the public about fundraising events, and potentially draw in bigger crowds and even more donations.

There’s no denying the benefits of CSR, and brands should look for opportunities to make their social efforts work together to drive results. A well-executed campaign has multi-pronged benefits in the way of building community goodwill, supporting important events and fostering internal values.