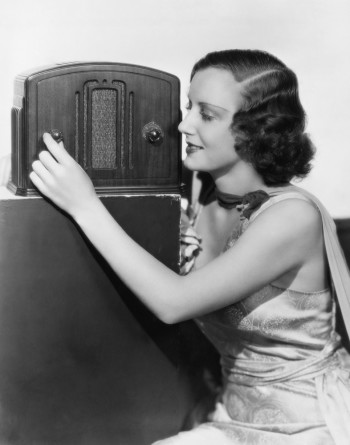 Everyone knows the Buggles song “Video Killed the Radio Star.” Ok, well maybe not everyone knows the entire song, but everyone has at least heard the reference at one point. That title was the first video that was ever played on MTV – August 1, 1981 – to be exact. The funny thing is that there was a notion the launch of this new video format would indeed kill the radio star, that music lovers everywhere would suddenly stop listening to their favorite radio stations and turn to MTV and the hundreds of other video music stations that were expected to pop up

It was just around this time that I actually decided to begin a radio career. And because I always saw MTV as an extension of radio, a way to enhance your imagination, and bring a song to life, I never felt threatened by this new, cutting-edge medium. Radio was just something I never thought the public would grow tired of.

Fast forward some – well let’s just say many – years. After what some people may consider a fairly successful career as a radio news announcer and reporter, I find myself working in…wait for it…video.

The switch didn’t just happen overnight for me. It was a slow, subtle feeling that things were changing in the radio world. I watched my friends lose their radio gigs as large corporations swallowed up smaller stations, programs falling short as directors knew they needed to drive traffic to their websites and just an overall sense that radio was losing listenership in general. Plus, I wanted to hone my writing skills. That’s how I found myself at Brafton, working for the past few years as an industry writer before finally transitioning into my current position as a Video Production Associate. Now I feel almost as if I have come full circle, writing for broadcast again, but this time developing web scripts and getting to utilize my vocal chops for voice overs on our growing video marketing department. And growing we are…as more companies discover the power of the moving image when it comes to engaging their customers.

One of the first things I noticed when I joined the video department was the number of clients who said people on their websites “don’t like to read.” Now THAT’S a funny concept, considering they have clicked onto a company’s website in the first place. But more and more people are yearning for an interactive experience – one that will pull viewers in and enhance their overall web experience.

Another interesting thing I have noticed is that a good deal of our clients are tech companies. Long considered cold and unrelatable, these guys are really starting to understand the value of video when it comes to explaining their products on a more human level. Not to mention the instant gratification a video can bring, helping a potential consumer understand what a company does and how it does it through promotionals, testimonials, how-tos, demonstrations, video blogs and tutorials.

Companies are really starting to understand the value of video when it comes to explaining their products on a more human level.

And the numbers back it up! Clients are seeing the ROI video can produce. An Ask Your Target Market poll found that more than half of respondents said online exposure to relevant video has a direct impact on their purchase decisions and video marketing campaigns have been known to improve purchase intent by as much as a whopping 85 percent.

Video is still the next big thing

With more people online, it only makes sense that companies want to use video to capture viewers’ attention. Indeed, people of all ages are watching videos online -and they are watching a lot. According to comScore, online video viewership reached an all-time high last year – with 188 million Americans watching some type of video content on the web. And now, YouTube is the second most searched website on the internet, meaning the public’s thirst for visual engagement doesn’t appear to be waning.

And so you see, video didn’t really kill the radio star, well, not this one anyway. But it has helped me find my second career and repurpose my skills, in a new and exciting way I never could have dreamed possible all those years ago.