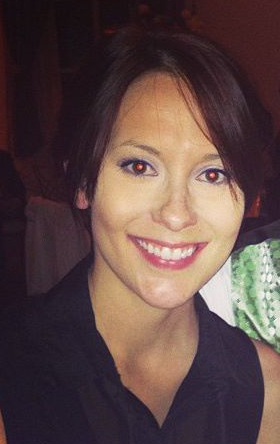 With experience in journalism and executive recruiting under her belt, Tressa Sloane made the decision to move to Boston in 2012, conveniently at the same time as Brafton was seeking a new writer’s perspective on the editorial team.

Tressa’s background made her a prime candidate to write on Brafton’s business desk, but also allowed her to take on challenges that required strong organization and a personality catered to educate.

Always looking to further develop her skills, once she became a section editor for the business desk, it was on to the next available advancement. In 2013, Tressa became Brafton’s Boston office production coordinator, where she’s now responsible for onboarding of all new Brafton writers.

“Opportunities to advance are definitely not in short supply at Brafton,” Tressa said. “After learning about the Production Coordinator position, I knew it was a great move for me. I’d still have a hand in writing and editing, but I’d be able to develop new professional skills that give me a wider toolset in my career.”

“Opportunities to advance are definitely not in short supply at Brafton,”

As Brafton’s Boston-office production coordinator, Tressa is often one of the first faces a new writer meets. She helps onboard teammates and also works closely with section editors, assisting with resourcing solutions and detailed production reporting and analysis.

“I honestly wonder how I managed before Tressa stepped into the role of production coordinator,” Managing Editor Daniel Pereira said. “She has an incredible mind for organization and detail, a great rapport with new writers and doesn’t take any nonsense. In my mind, she’s one of the key reasons editorial has been able to sustain and grow its writing staff in Boston, and she somehow manages to help out Chicago too.”

“One of the things I appreciate most about Tressa is her friendly, inviting personality,” said writer Kristina Conroy, who was mentored by Tressa when she joined the Brafton team in Dec. 2013. “She constantly made herself available to give guidance and held fun team meetings to bring people together. She’s also an awesome editor!”

Learn more about Tressa in our Brafton Q&A:

I definitely wanted to be an astronaut. I was (and still am) obsessed with space. But then I saw the movie Apollo 13, and decided to stay on Earth, but I wanted to study moon rocks at NASA. Oh, and I wanted to be a princess and a doctor at the same time, too. That’s still possible, right?

Q: What do you think is the most important quality you need to have for success?

You need to always be willing to learn. There are always chances to learn from your mistakes, learn from others and learn about yourself – never pass up the opportunity to do this. My passport – it has allowed me to travel the world, which has opened my eyes to so many new things. The thought of not having my passport gives me a minor panic attack.

Patience. I’m definitely not as impatient as I used to be, but it’s certainly something that I’m always working on.

As weird as it sounds, Monday would have to be my most productive day. I’m always well-rested from the weekend and ready to get work done (that feeling does not always last).

My coworkers. I’ve become friends with other established Braftonians, and I always enjoy working with the new writers I meet and train as part of my job.

Living abroad. It was the greatest experience of my life and allowed me to learn so much about myself and the world.

I can speak two languages: I am somewhat fluent in French from my time spent living and studying in France, and I speak fluent Southern English as a born and bred Alabama girl. Trust me, it’s not easy to understand Southern English if you’re not from the area, ya’ll.

I’d like to be more of a fun, innocent character like Buster, but let’s face it, I’m probably more of a Lucille (Arrested Development).