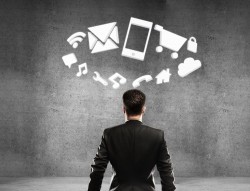 According to VerticalResponse, most small business owners spend between one and five hours a week managing social media, while others spend anywhere from six to 10 hours. Only 14 percent spend 11 or more hours per week on social media marketing. Although small businesses aren’t spending much time creating content for social media platforms, 66 percent are on these sites more often than they were one year ago.

There are other signs that smaller organizations are set to increase their usage of social media in the near future. The survey revealed that four times more small businesses have increased their social media budgets, compared to those who have taken money away from the marketing channel.

“Although I was pretty familiar with social media on a personal level, it’s different when you’re using it for business,” Violet Tremblay, owner of Painting and Pinot, told VerticalResponse. “There’s more pressure to do it right, to do it regularly and to do it strategically.”

Brafton recently reported that brand building via custom content is becoming a top priority for small businesses. A report from Manta revealed that content marketing efforts are moving ahead of traditional outreach initiatives, with 90 percent of small business owners dedicating time to making connections on the internet.