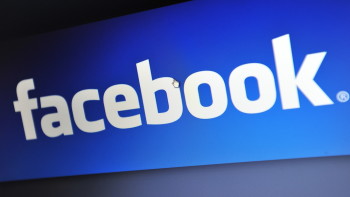 Honest competition can fuel conversations, expose truths and debunk myths. As marketers, debates over strategic preferences benefit both participants and onlookers, especially when played out in a public forum. Solar VPS recently published a blog that countered four points made in a Brafton article about the value of Facebook as a marketing platform.

In defense of the social network, it was important to set the record straight and prove why Facebook remains the go-to platform for brands. (Backstory: Click here for the original Brafton post, and here for Solar VPS’ piece.)

What are you reaching for exactly?

In our original piece, author Ty Scheiner wrote that Facebook is still the dominant social network because of its reach. I can understand the skeptics on this point – is bigger always better? Nope.

The key to picking the right social channel is knowing where your audience hangs out. If you find that your ideal prospect engages on both Facebook and Twitter, there’s no harm in creating strategies for both platforms, but overlooking Facebook would be plain foolish.

A recent Pew Internet & American Life Project report shows that teens are increasingly active across all social networks, including Facebook.

Sure, there are ghost or fake accounts on Facebook, but show me a network that’s 100 percent populated by active users publishing original, custom content. There isn’t one. Therefore, say 20 to 30 percent of each network’s user base is inactive, simple math shows Facebook still comes out on top, and not by a small margin.

More, I’m growing tired of the argument that Facebook is losing its grip on the teen market. A recent Pew Internet & American Life Project report shows that teens are increasingly active across all social networks, including Facebook. When it comes to major hubs like Twitter, Google+ and Pinterest, engagement metrics aren’t comparable. Facebook wins outright. Where the social network does lose a little is to mobile applications like Instagram and Snapchat – two newcomers that have yet to prove themselves as long-term alternatives to any form of marketing.

It’s all about the experience, man

Maybe add-on applications won’t generate enough revenue to fuel Facebook marketing campaigns alone, but they certainly contribute to the overall user experience on a given Page. Brands are using sites like Facebook as extensions of their websites. Look at smaller businesses and you’ll see that SMBs’ Facebook Pages often offer better experiences than their actual domains.

When you look at these social applications as ways to round out the Facebook experience, you begin to realize that not every technology you use to engage audiences has to convert audiences directly.

Implementing new apps to a Facebook Page is easy, too, and they can acquire contact information from leads to inspire other marketing programs. When you look at these social applications as ways to round out the Facebook experience, you begin to realize that not every technology you use to engage audiences has to convert audiences directly. Sometimes it’s worthwhile to just interact with new and existing customers for a fraction of the cost associated with building out separate apps for download.

I like the argument Solar VPS made against Facebook contests. I can see how holding a few one-off promotional events to accumulate Likes could leave a business in the dark once they’ve unloaded prizes on sneaky social users. I’d say that there always needs to be a clear strategy behind any social media marketing contest – it’s not about the prize, but how entrants become eligible to win.

The Zocalo Group’s recent report shows that 46 percent of consumers say a friend Liking a brand on Facebook goes a long way in helping them form a good impression of the organization.

Brands can request participants to engage in some action that amplifies the company’s core message to new audiences. Whether or not the entrant plans to ever buy from the company again, he or she will have to endorse the brand in order to win. What’s the impact of a person Liking and showing they approve of a company on Facebook? The Zocalo Group’s recent report shows that 46 percent of consumers say a friend Liking a brand on Facebook goes a long way in helping them form a good impression of the organization.

Let your haters be your motivators

I strongly disagree with fearing negative reviews or commentary on Facebook. Every business has a misstep somewhere along the line, but not every company goes the distance to resolve issues in a public forum to set a good example.

AOL’s Consumer Analytics and Research team attempted to discover what type of commentary sparks additional chatter on social networks. Data showed that criticism of posts led to further engagement around marketing collateral or publications, while too much praise compeled followers to stay silent. Is there a such thing as bad press? If you can actually flex your customer service muscles on Facebook, all engagement is good engagement.

I love talking about social media and new media trends. When I saw the piece from Solar VPS, it got me excited to really explore this topic further. I think that’s what is so great about digital marketing – everyone is so passionate about what they do. Opinions only further strengthen our skills and knowledge, and I hope my four counter-counter points add more fodder to the Facebook marketing debate.