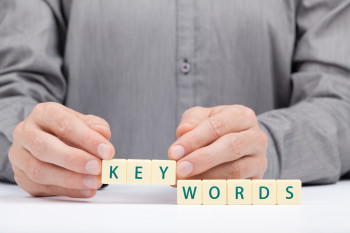 Six months ago, you came to the conclusion you had finally found your SEO soulmate – the perfect keywords you would spend the rest of your strategy with. You were picky this time, toiling for countless hours over the perfect fit. Your years of experimenting were over – you were looking for something serious. After much trial and error, you finally decided what you needed and found those ideal keywords. You had a mutual admiration, treating each other with an unprecedented level of love and gratitude.

Then one day they were gone. No warning. No note. Not even a courtesy text message. Your relationship seemed to be just blossoming into the peak of its honeymoon period, and then your keywords packed up your entire house while you were at work – took the bed, the sheets, even the ice cube trays. You were left with some cobwebs and three light bulbs.

Standing in your dark, couch-less living room – dark because your lamps are gone – you wonder, “Did they run off with your enemy?” Your organic traffic filter on your Google Analytics looks like a barren wasteland.

Keywords are seasonal. One day, their value could leave you. No note. Not even a courtesy text message.

“Did someone take my beloved keywords from me?” you wonder. “I don’t understand, I treated them so kindly. I never stuffed them in sentences where they didn’t belong. I always gave them the best seating in headlines, titles, H1 tags. I even gave them their very own dedicated landing pages!”

But there was something your keywords didn’t tell you about themselves. A secret they kept hidden.

You certainly worked with some keywords that were pretty up-front about their yearly disappearing act, usually flying south for the winter or only coming into town during holidays, but this time you never saw it coming. Like a flock of geese that adorned your backyard, they abruptly left at the first sign of winter.

Some keywords have habits you need to know about, especially if you are counting on them to bring home the bacon on a semi-regular basis. This is where you get to use both the left and right side of your brain; mathematical and psychological analyses.

Consider Mother’s Day as an example. Every year, this holiday rolls around and drives search traffic surges that can support your bottom line if you’re strategic about keyword use.

However, you also need to study the psychology of how people interact with the keywords that drive your brand, which isn’t always as intuitive as you would think.

Take a look at this chart about annual search interest for “bad breath.” You might be wondering, is there some strange phenomenon where people only get bad breath during the winter? Is it a physiological effect having something to do with the cold?

As it turns out, that’s not the case at all. It’s actually much more simple. People are more cognizant of the effect their offensive breath has on their family members during holiday gatherings. It has more to do with close proximity to people during the holiday season rather than any physiological explanation.

Sometimes, however, your biggest fears come true. Your beloved keywords have departed, and they are never coming back.

Now this can happen for a couple reasons. In some cases, you may be able to salvage your strategy because your keywords haven’t necessarily disappeared, but rather they have evolved with cultural shifts. You may find that searchers are abandoning previous terminology in favor of more contemporary phrases.

Your beloved keywords have departed, and they are never coming back …  they have evolved with cultural shifts.

One of the best examples of this turbulent category of keywords is the ever-changing landscape of phrases considered “socially acceptable”, or “politically correct.” Phrases determined to be socially unacceptable, or politically incorrect, can die a quick and painful death.

Personality descriptors and physical conditions are commonly affected by the volatility of shifting terminology. Euphemisms are prone to this, too. Post Traumatic Stress Disorder used to be called “Soldier’s Heart” in the Civil War era, then “Hysteria” in the Victorian Era, “Railroad Spine” in the late 19th century, “Shell Shock” in WWI, “Combat Exhaustion” in WWII, and “Stress Response Syndrome” in the Vietnam War.

Obviously this is an oversimplified example dating back to a time unaffected by keyword volatility, but you get the idea. This simple concept holds true across a multitude of industries as terminology shifts.

Some keywords obey a completely different set of rules – the influence of pop culture. You may find that your honeymoon period with these one-hit-wonders is quite brief. They are the one night stands of keywords. Take for example the acronym “YOLO”, which of course means You Only Live Once, coming from who knows where, seems to have gone the way of Ke$ha (as long as we are referencing pop culture).

In the worst case scenario, your keywords have confirmed your suspicion; they have left once and and for all. They have been set out to pasture, gone the way of Old Yeller, retired forever.

Some keywords can function as the canary in the coal mine – the early indicators of a dying industry. The products you sell, and the keywords that represent them are no longer of value. It’s being confirmed by a steady downhill trend indicative of a slow death. They have been traded in for newer and younger models – models that you don’t provide. Take a look at your revenues, they probably mirror the sad decline of your keywords. The market is changing, and your canary has died. It’s time to reevaluate your brand.

You and your keywords must grow together

Blend psychology, business and pop culture influences into an overarching strategy that remains true to your brand.

There is no single secret to a long-lasting, results-driven relationship with your keywords. It’s a dynamic affair that demands marketers blend psychology, business and pop culture influences into an overarching strategy that remains true to your brand.

To avoid being left in the dust by your keywords, pay attention to what is happening behind the scenes, look for changing behavior and don’t ignore obvious signs the relationship is souring. You may uncover mysteries that were sitting right beneath your nose and come out on the better side of the split, with visitor traffic growth, additional PageViews and perhaps even more conversions.