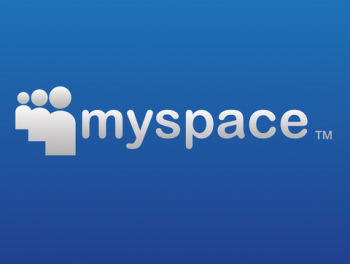 Here’s a subject that certainly caught my attention this week while perusing Twitter in the office: Myspace is apparently trying to entice former users to rejoin by emailing them their old profile photos.

A uneasy feeling came over me.

Myspace, our somewhat beloved social media ancestor from the early to mid 2000s, was not a can of worms I was ready to revisit. The height of the Myspace phenomenon peaked around 2006. I was all set on looking through those photos and reliving the feuds that ensued over Top-8 friend selections.

But then, I thought back to the simpler times of the Myspace era, and I realized, maybe it wouldn’t be so bad to see a Myspace-like platform make a comeback. After all, it contained elements of what social media networks now desperately wish they could get back: a simplified, more personal user experience, fueled almost exclusively by user engagement.

Our marketing team discussed some of our favorite memories of the social media platform and came up with a few reasons why embracing Myspace in 2014 wouldn’t be such a bad thing:

Build your own UX

Users were never confined to a specific Myspace template. In fact, I learned the basics of HTML coding updating my Myspace profile, and I know I wasn’t alone on this one. Users could create their own styles, showcase their own music and create a personalized experience. This made finding out what a user was interested in unbelievably easy.

No need to be intrusive; Users come to you

Since there was no newsfeed or homepage, no one could overload you with information, a common complaint about today’s social networks. In Myspace-days, if you wanted information about others, you were forced to seek it out on your own.

A perfect opportunity to target a specific generation Every Millennial recognizes this guy.

MySpace could start as a nostalgia play for a very specific demographic of users. I don’t know of any Baby Boomers who were ever on MySpace.

Similarly, nowadays younger generations tend to flock toward apps like Snapchat and Instagram, but they don’t have the exclusivity Millennials felt with Myspace. We didn’t have to think about what we posted to Myspace, or the repercussions of posting something inappropriate for all audiences were much less significant.

A throwback to days before the fragmented web

One of the best aspects of Myspace was that everyone was on it, and there wasn’t much incentive to be on other platforms. Sure, Facebook was slowly creeping up in the final hours of Myspace’s reign, but primarily Myspace was “the” network to be on at the time.

If anything, reminiscing about Myspace simply proves how far we’ve come as social media connoisseurs in a pretty short amount of time. Will Myspace make a comeback? I’d love to hear what you think. If I could guess, I’d say no, but it’s still always best to be ready. If it gets big, you’ll be glad you planned your social media marketing strategies ahead of time.