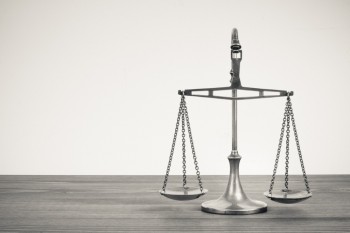 Who is John Galt? How many licks does it take to get to the center of a Tootsie Pop? What is The Island in Lost?

There are always unanswered questions like these floating in the backs of our heads – some answerable but not answered, some entirely hopeless to pursue. Do you not know where to begin? Are you not interested enough to find out? For your information, for your political savvy, perhaps just for your cocktail conversation, I hope to answer one of these questions for you: What is Net Neutrality?

Net Neutrality may not be directly related to content marketing, but it’s something all marketers , SEOs and CEOs should keep an eye on because it’s a topic that touches our space- the internet. Breaking away the political hullabaloo centered around this topic, here’s a basic breakdown of why net neutrality matters:

What is net neutrality?

Net Neutrality is a principle. It holds that all data on the internet must be treated equally – on “neutral” ground – by governments and service providers.

Net neutrality opponents argument is that highly trafficked sites should have to pay for an “internet fast lane” to reach users quickly.

Net Neutrality is the current status quo. It has allowed websites, users, businesses, apps – anything on the internet – to operate without third party interference and on an equal playing field. It, for all intents and purposes, makes for a Laissez-faire internet. The principle is in jeopardy.

The opponents of Net Neutrality are internet providers and the Federal Communications Commission. Their argument is that highly trafficked sites should have to pay for an “internet fast lane” to reach users more quickly, because the high traffic they generate is more taxing on the service. Netflix, for example, would be made to pay a premium in order to reliably and expediently reach its vast user base.

If these opponents were to push through, internet service providers would create a second lane – a fast lane – that the high volume sites would pay to enter, very much like a toll road. Seems logical enough, but … Would it make sense for UPS to charge Amazon extra because people buy so much from their business?

This proposed tiered internet opens up a whole new can of worms. It would mean that service providers could legally block content and retard or accelerate speeds for certain websites. Obviously, this leaves off-putting amount of power in the hands of the service providers, who could use speeds and access to reduce their competition and as leverage against businesses that don’t pay up.

The service providers say they would not use this leverage, but Comcast’s recent bout with Netflix, where the movie streaming service clams it was pressured into paying Comcast through the reduction of video quality and loading speed, says otherwise. Regardless, anyone can see that, in terms of monetization, this model sets a very dangerous precedent.

Moreover, Netflix could certainly pay the fees, but a fledgling startup would not be able to—greatly reducing competition for big businesses. But even the big businesses aren’t on the service providers’ side: Google, Amazon, Facebook, and more are extremely vocal proponents of Net Neutrality and open internet principles.

So why has this topic been on the edge of your consciousness so long unanswered? Because it’s boring! But that is a causal aspect of its political standing (and it’s standing in the back of your mind as opposed to the front).

The fact of the matter is, people aren’t engaged in discourse on net neutrality. We can go about business as usual, surfing the web, Tweeting interesting facts, sharing content with one another. But if we don’t get engaged, then down the road we find the internet a very different place than it once was. Are you fired up about net neutrality?