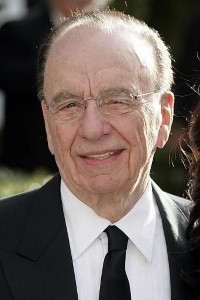 Every action has a reaction, the Newtonian dictum goes. So it is with news. Journalists create interesting and relevant content in hopes of a ready audience. But everyone knows there is no such thing as a free lunch. Someone, at some point, has to pay.

The previous decade witnessed the emergence of an online audience generally unwilling to pay for their content. Generally unwilling because it was generally unnecessary. Newspapers, caught offguard by the speed of the online revolution, offered up large swathes of their web content for free. “We’ll recoup it in advertising,” they hoped.

No such smooth transition of advertising dollars occurred. Sharp declines in ad revenues – wildly aggravated by the economic meltdown of 2008 – exposed the weakness of their assumptions. A swift and painful contraction in the print sector took hold, with thousands of jobs shed as newspapers downsized or folded. As Newsweek’s technology columnist Daniel Lyons put it, “The rule is that when the internet hits an industry, wherever you used to make dollars, you now make dimes. Or pennies.”

Now the worst of the economic rollercoaster appears over. Nerves are settling, and industry confidence is cautiously on the rise. Surviving news executives are brushing down their jackets. Quality content doesn’t come free, they murmur again. Electronic tablets, as epitomized by the recently-launched iPad, are fanning the flames of industry hope. The lunch check has finally arrived.

The cheerleader for this group is Rupert Murdoch, who last year began talking about withdrawing content produced by his NewsCorp behemoth from Google. His ongoing swipes at the search engine giant are as fascinating as they are insightful. “We’re going to stop people like Google and Microsoft, or whoever, from taking our stories for nothing,” Murdoch reportedly told investors at a National Press Club event in April. “There is a law of copyright, and they recognize it.” This from the man who spearheaded the adoption of electronic printing in the 1980s, and has the scars to prove it.

Of course, it’s far too easy to turn Google into a whipping boy. What the company from Mountain View managed to do was get fantastically ahead of the newspapers in diverting advertising revenue toward its search engine. It built an open platform, and everyone consented to supply content without charge. No wonder the newspapers felt aggrieved when they realized they had hoodwinked themselves out of their key revenue source.

But they needn’t be unduly disquieted. Although it’s impossible to predict with certainty what the new decade will hold for the news industry, the digital media landscape is maturing fast. Paywalls, such as those at Murdoch’s Wall Street Journal, are gaining traction with some news providers. Not a week goes by without news of another paywall going up. Meanwhile, others will continue down a different route.

Either way, we needn’t be concerned. The internet has proven itself a great leveler. Enough room exists at the table for everyone to supply and consume news content in their own way, irrespective of the business model they pursue. The web remains a game changer, which brings with it many more opportunities than it closes down. And that truly is something worth valuing.