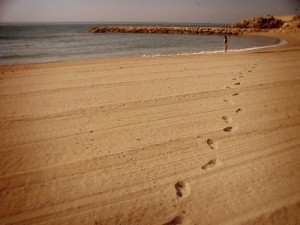 As social media continues to play a role in search engine optimization and gains widespread adoption across demographics, it’s important to learn how to leverage social media marketing to your company’s advantage.

Twitter, in particular, is one social network that is gaining in popularity.  As it does, people need to understand how this medium operates. As Brafton has reported, Twitter now reaches 13 percent of all American consumers. Plus, nearly half marketers (42 percent) say they’ve gained new clients via the microblogging site. Followers play a huge role in your brand’s presence on Twitter.  But what is a great follower number?  Are more followers better?  Are 1,000 followers better than 100?

The answer is that there’s no universally correct number when it comes to Twitter followers.  In fact, Company X could have only 112 followers but fuel more Twitter conversations than Company Y that has 3,000 followers using a paid tool and only gets, “Thanks for following us back,” automated replies.  Needless to say, the company or industry specific convos are better for branding  – and SEO.

The quality of your followers matters because Twitter authority impacts SEO rankings.  Google discredits companies that have spam-like followers and gives recognition to companies that appear as authorities in their industries, with followers serving as a signal.  Search Engine Land’s Danny Sullivan has explainedthat Twitter accounts are assigned a score by Google.  Authoritative Twitter users get a better score.  Then, if other highly ranked users link to your site, this can affect your score and ultimately, ranking on Google.  Also, people in your target market are more likely to retweet your articles if you’re marked as an authority by fellow users.   If the search engine understands your Twitter content is a trusted source of information, Google has said this can impact where a web page falls in rankings.

The key to successful Twitter marketing is to pay close attention to your audiences and engage them.  Measuring the caliber of followers and users your company follows ensures that you will get better brand recognition and, in turn, higher conversion rates.  For example, if you sell sales training services, it would make sense to follow other sales managers. Here are some insights and tips to get the right followers.

Remember, Twitter doesn’t give prizes for having the highest follower number.

We’ll talk about what you should do to gain good followers, but let’s start with something shouldn’t do. Don’t pay for an automatic following tool.  While you may grow your followers exponentially, these followers will not be part of your target market.  They’ll probably be spam accounts that hope your business is in their target market.  Don’t expect paid followers to respond to any questions you pose on Twitter or contribute to any meaningful conversations. Also, forget about any extra conversion opportunities.  These spam accounts will not be likely to click on a link to your homepage.

Gaining placement of Twitter lists is key.  Lists are a feature on Twitter where users can categorize other Twitter users according to industry or expertise, such as athletes, local businesses, friends or any other collection that makes sense.  By cultivating the right followers, you gain placement on Twitter lists in your industry.  For instance, the sales training company mentioned above might be placed on various “Sales” and “Sales Leader” lists.  This would further increase its chances of achieving brand recognition and industry authority.

Having your company seen as a prominent resource by the right followers and groups of people on Twitter can ensure more quality marketing on this specific medium.

To start remember that the more you put into Twitter follow efforts, the more you’ll get back.  If you actively follow often, you’ll get a higher ROI.  Here’s how to follow the right people:

Another way to get a strong Twitter following is by making your account a desirable one to keep up with. Brafton has reported that social users want fresh content from brands, and Twitter users are more likely to engage brands (and make purchases!) when companies answer their questions via Tweets. Don’t forget to:

Not all industries are all “Liked” in social media equally.  The insurance industry, for example, is one that has a tough time obtaining followers on Twitter.  Here are some tips to tackle this problem:

By following these tactics to gain the correct followers, you will see major ROI on your Twitter marketing campaign and you’ll also likely boost your SEO results.  It’s a win-win!