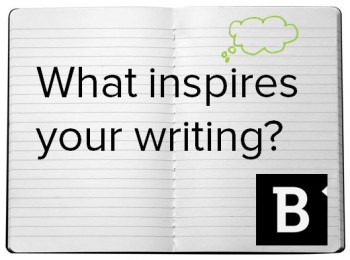 Whether or not you’re a writer by trade, if you’ve sat down to draft a blog post, an essay or even an email, you know the frustrating feeling that comes with the lack of inspiration.

But if you’re a writer or editor on our team – you’re responsible for coming up with original, fresh content daily. So how do they do it?

In Editor Matt Rickart’s post “A day in the life of a Brafton writer,” he shared the hard reality of finding inspiration. “Writing can be exhausting, but it isn’t just a job – it’s a passion,” he wrote. “It requires mental acrobatics at times. But, it’s also compulsive. Writers do what they love – it defines them.”

We’ve already divulged that most teammates on our editorial floors love to read, so it’s no surprise that they find inspiration from literature’s most acclaimed authors.

Here are some of our teammates favorite inspirational quotes. Share your favorites in the comments.

“Brevity is the soul of wit.” – Shakespeare via Rebecca Bakken, Section Editor

“A writer is someone for whom writing is more difficult than it is for other people.” – Thomas Mann via Robert McHugh, Social Media Associate

“Yes, it takes longer to write a shorter sentence, but it’s worth it.” – Scott Gillum via Lauren Kaye, Marketing Editor

“Not everything has to have a point. Some things just are. ” – Judy Blume in Summer Sisters via Hollie Smith, Research Associate

“The true enemy of man is generalization.” – Czesław Miłosz in Testimony to the Invisible: Essays on Swedenborg via Brett Haymaker, Managing Editor

“Not a wasted word. This has been a main point to my literary thinking all my life.” – Hunter S. Thompson via  Kimberly Killen, Section Editor

“An artist’s only concern is to shoot for some kind of perfection, and on his own terms, not anyone else’s.” – J.D. Salinger via Dom Tortorice, Section Editor

“To write is human, to edit is divine.” – Stephen King via Katherine Griwert, Marketing Director

And here is one every marketer should remember when trying to to bottle the magic of “engaging” content:

“If you wind up boring yourself, you can pretty much bank on the fact that you’re going to bore your reader.” – Ann Patchett

Want to learn more about our teams? Check out these posts: