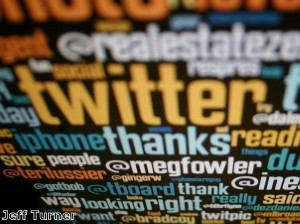 At the start of 2010, many companies were likely congratulating themselves for having a Facebook page, but a year makes a big difference. Having come to terms with the rising popularity of social platforms, businesses have embraced opportunities to market via social sites in a major way over the past year.

In 2011, it won't be enough to simply have a Twitter account – every Tweet may matter. This is something competitive business marketers know; months ago, we reported that small business' social media marketing spend was gaining ground, and Brafton only recently reported that businesses will allocate more time and resources to social media next year.

Plus, social media marketing isn't as simple as Facebook and Twitter anymore. New platforms are constantly emerging, and it's important to keep up with trending sites.

Creating successful social media marketing campaigns should be a top priority in 2011, bearing in mind that success is about more than having a presence on various sites. Truly successful campaigns have a certain je ne sais quois that engages an online audience.

Here's Brafton's take on six of the most successful social campaigns of 2010 that we hope will help break down the "quois" factor for marketers.

The energy drink proved its vigor with an all-out Facebook campaign. Red Bull ruled Facebook this year, jumping from 8 million fans when Brafton first reported on its campaign to more than 14 million at the end of 2010.

The brand fuels social conversations about broader, similarly invigorated industries – sometimes gathering thousands of Likes and up to 500 comments per post. It also posts links to RedBull.com stories to bring social visitors to its main pages.

Plus, Red Bull gets bonus points for including a social games tab – dubbed the Procrastination Station. The company appeals to fans by entering the emerging online gaming sector with relevant, high-energy interactive media, such as the Red Bull soapbox race.

Marketers can take away the fact that engaging content that invites users' comments will keep fans coming back and bring new ones to social pages. Also, Red Bull shows it's possible to try new platforms without losing a brand's message.

Christopher Nolan's film has earned a Golden Globe nomination for Best Picture, but we think he and the marketing execs at Warner Bros. should also be honored for creating an immersive internet campaign for Inception.

The social campaign surrounding the movie was a cross-platform tour de force. When Brafton first covered it, the film had 500,000 fans, but the social campaign's shelf life has exceeded the movie's time in theaters, now boasting more than 4 million fans. Inception's Facebook page has carefully documented news coverage of the film since trailers were released and continues to ask followers what they think of the latest Inception news. The site also features original content that lets the backstory of the movie unfold.

The immersive world of Inception extends beyond Facebook. The company created a comic book on Yahoo sites that extends the tale of its characters. It also appeals to on-the-go consumers with a mobile app featuring a maze game designed around the movie, which lets players become part of the story.

While the movie industry may seem like a perfect fit for this storytelling social campaign, marketers across industries can achieve consistent brand messaging and tell a compelling tale about their brands through customers' experiences or industry news delivered via myriad channels. Plus, Inception's campaign proves that news content keeps sites fresh.

This year, Procter & Gamble made big social waves – and won consumers' dollars – with the help of "The Man Your Man Could Smell Like." The company tackled the increasingly important online video market with a personal touch from the humorous Old Spice Man, played by actor Isaiah Mustafa.

Procter & Gamble's Old Spice Man was introduced during the Super Bowl, and quickly gained YouTube views and a Twitter following. Then, with one simple tweet, the company made its handsome star accessible to the masses. The company accepted questions via Twitter and delivered nearly real-time answers via short videos on YouTube.

The customized videos went viral, serving as invaluable linkbait when (among other consumers) celebs began tweeting about the campaign. It's social success helped push Old Spice sales by 106 percent during a four-week period that overlapped with the viral campaign.

Old Spice raised the bar for engaging social content by directly addressing consumers. It never lost its sense of humor or brand message as it delivered answers to some product-relevant questions. Also, this campaign shows the power of mixing social media platforms.

Gap got its Groupon on.

Some may say Gap doesn't need a Groupon campaign to make itself known, but we think the long-established retailer proved that old dogs can benefit from new tricks and that local targeting can go a long way. The company's Groupon campaign brought in $11 million.

Gap was one of the first major brands to test Groupon's local waters. The buzz surrounding Gap for its Groupon deal is clear, with nearly 500,000 web results for the one-day offer appearing in a search for "Gap Groupon."

The company was bold to offer a nationwide 50 percent discount for $50 purchases, showing that even big brands can get into the local market. In addition to the Groupon email about the offer, Gap also promoted the Groupon campaign on all of its social pages. By late morning, Groupon was selling 534 Gap offers ($25 to redeem $50 worth of goods) per minute.

There's something for everyone here. Smaller brands can consider how the success of the campaign on a local level indicates Groupon and supporting social marketing can bring foot traffic to their stores. Major brands can take it as a cue that neighborhood deals can enhance their national efforts.

Domino's is the second-leading pizza chain in the U.S., and the company's rising U.K. branch found that effective social marketing may be the secret sauce to success.

The company offers foursquare promotions for more than 500 U.K. and Ireland store locations. The deal includes a free pizza for mayors, and CEO Chris Moore suggested mayors visit the stores more regularly, but "cement" their relationships with the brand on Wednesdays when they receive free food.

Domino's officials believed that foursquare played a role in the company's 29 percent increase in earnings during the first half of 2010.

The Domino's campaign signifies that social media can and should be used to foster brand loyalty. One of many foursquare campaigns that rewards brand advocates who check-in at stores, the pizza chain shows it pays to use social media to encourage nearby consumers to spend a little face time with workers.

This year, Ford let social users do most of the talking to spread the word about its new Explorer.

The 2011 Ford Explorer reveal happened on Facebook this year, making it accessible to the company's followers and countless other auto enthusiasts on the social network. The firm starting by generating buzz for its Facebook reveal through the social network and other channels. Then, it unveiled Explorer-related content throughout the day on a Reveal tab.

The Ford Explorer Facebook page saw a significant increase in fans leading up to the reveal. Plus, Jumpstart Media told MediaPost the online autoshow caused a 104 percent increase in traffic to Ford Explorer pages, and Ford's share of SUV shoppers grew by 52 percent on the day the car was unveiled.

Searches for the 2011 Explorer are said to have far exceeded the lifts given to brands by Super Bowl ads, giving the power of Facebook and Ford an edge over the NFL.

What this might indicate to marketers is that social networks should be used to create a sense of community among a broad online audience. By turning a traditional, in-person event like a car show into an online phenomenon, the company allowed more consumers to experience the exclusive insight of the reveal. Companies might offer exclusive content or insider deals through social channels to recreate this enthusiasm.

Plus, Ford might inspire brands to create similar release and sales strategies for Facebook in 2011. The network is reportedly looking into partnerships to boost commerce options, which may turn product reveals on Facebook into social shopping events next year.

These campaigns each brought something unique to the table, but there are common threads throughout these success stories that can inform social media marketing plans for 2011. Above all, these social leaders were fearless in trying new social channels (or new strategies on existing channels), and each seeded its social campaign with original content that would be of interest to its target audience.

Moral of the story: Engagement requires unique, relevant content that reaches your audience wherever it is online.

The six campaigns we explored do a great job of engaging social users, but we know this short list leaves out some of the year's other brilliant social marketing moments. Plus, we’ve talked about major brands that generated a lot of buzz, but we know there are plenty of little guys out there who thought big on tight budgets.

For instance, earlier this year, Brafton reported the social success of Daddies Board Shop – a small business that grew an international audience thanks to its Facebook campaign and thoughtful content targeting. Then there’s the Skin Institute of Miami, which Groupon has publicly praised for selling 677 facials through a campaign on the deal-finder, and then turning 70 percent of these consumers into regular customers.

There are countless other untold small business social marketing success stories and buzzed-about big brand campaigns. Help us add to this list: What are some of the best social campaigns you saw in 2010? What was it about them that really worked?