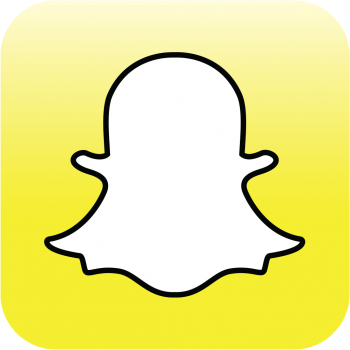 Just a few days into March Madness, your bracket might already be busted. Some of our #socialmarchmadness contenders are also feeling the pain of loss as we move into the championship round of our tournament.

It may not be in the Final Four, but read this post to find out why Snapchat has great marketing potential to reach customers in real time.

With an increase of usage by 17,000 percent, it’s no surprise that social media platforms have originated from Oxford Dictionaries 2013 Word of the Year. But which is the most popular? Just ask anyone between the ages of 13 and 25 and they’ll tell you Snapchat.

Selfie (noun)
A photograph that one has taken of oneself, typically one take with a smartphone or webcam and uploaded to a social media website.

In fact, 77 percent of college students use the app to send 400 million messages daily. If your brand caters to this demographic as well, it’s time to pay attention! Half of these students said that they would open a snap from a brand they’d never heard of, while 73 percent said they would open one from a brand they do know. Seventy percent would even add a brand as a friend if they followed them on a different social platform. With 16.5 million daily active users, that’s a lot of exposure!

The 10 second lifetime of a snap is one of the reasons why this platform is perfect for today’s social media users; social content can be shared at a quicker pace, ensuring recipients are paying close attention. But if you want to give your fans more time to absorb the message, you’re in luck! In October 2013, Snapchat introduced “Snapchat Stories,” a collection of snaps that can be seen for 24 hours. With this addition, brands have successfully tapped into the potential of Snapchat’s fan base.

Brands are using Snapchat to offer exclusive perks, reward engaged customers, and give a behind-the-scenes look into operations. 16 Handles, a frozen yogurt chain, was one of the earliest adopters of the app.

Brands are using Snapchat to offer exclusive perks, reward engaged customers, and give a behind-the-scenes look into operations.

In January 2013, the company asked fans to snap a picture of themselves at one of its location in exchange for a promotional coupon. Taco Bell, who joined in April, initially used Snapchat to promote the reintroduction of one its products. Even sports teams are getting in on the action! The New Orleans Saints are big fans of the Story feature and use it to give behind-the-scenes footage, photos of new merchandise, and sneak peeks of uniforms to their friends.

In February 2014, McDonald’s joined the ranks of brands using Snapchat and has already seen some big results. The director of social media for the corporation revealed that it received several thousand followers within a few days of teasing the new account! Here’s how it happened: McDonald’s first engaged followers on its existing social networks to gain awareness and interest in the Snapchat account. The Snapchat Story feature was utilized to provide exclusive content for fans. They were given a sneak peek at an upcoming commercial showcasing a new product.

The new product and its launch date were introduced by Lebron James!

While not every brand has the budget and celebrity pull that McDonald’s has, Snapchat’s amazing benefits come at no cost.

With an already impressive growth that doesn’t show signs of slowing, marketers would be wise to jump on the Snapchat train. After all, who could say no to high customer engagement that costs virtually nothing?