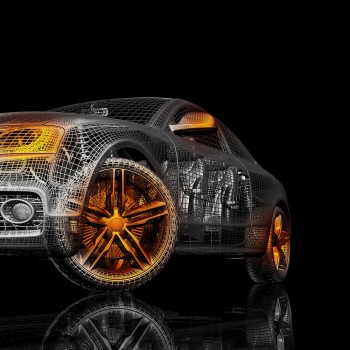 Imagine an era when shopping for and buying a new car happens online more so than at a physical dealership. How can brands – even ones like Acura and Honda – create marketing collateral so empowering that prospects feel confident enough to buy on the web? The answer doesn’t necessarily lie in feature-focused web campaigns. It comes back to content marketing, and creatives’ ability to tell stories that enrich brand experiences.

An eMarketer forecast shows that the percentage of new-car sales occurring online has declined year-over-year since 2010 and will continue to fall through 2016. In part, these downturns can be blamed on economic turmoil. Millennials – those up-and-coming money-makers – aren’t investing in vehicles as frequently as their parents. A May 2012 survey from J.D. Power and Associates and AARP found that 18- to 34-year olds accounted for 24 percent of overall new vehicle sales in 2011, while the same demographic made up 13 percent in 2012.

What brands like Acura and Honda are doing to reimagine their digital footprints absolutely stands out, and it all comes back to storytelling. The truth is in the content.

Brands shouldn’t lose hope though – eMarketer’s “Millennials and Autos: How The Young Can Be Won” report suggests auto companies have the potential to impress these leads with exceptional video content and social media marketing strategies. Martini Media reports that 61 percent of luxury auto marketers are shifting TV dollars toward online video.

I’ve taken a look around to see what automobile brands have stepped up their digital marketing games, and a few stand out. Their web videos focus on the customer – not a rattling of car features that you might expect from a stereotypical car salesman. What brands like Acura and Honda are doing to reimagine their digital footprints absolutely stands out, and it all comes back to storytelling. Sure, other car manufacturers can learn from these organizations, but so can companies across all industries.  The truth is in the content.

I must admit, marketing campaigns from major car brands rarely grab my attention. Perhaps I’m not the audience most companies are targeting because all these highly touted new features sound the same to me. Every new-age vehicle parks itself, so what’s really the difference between an Acura model and another vehicle sold for less? Customers pick cars with features that match their lifestyles – or the lifestyles they wish they embodied. If you notice, commercials advertising today’s name-brand vehicles focus on storytelling and building brand affinity, rather than touting the laundry list of new tech features they’ve recently implemented. Of course those subtleties come out every so often, but as context to the broader persona a company like Acura is trying to build. In its most recent “Made For Mankind” campaign, conceptualized by ad agency Mullen, the car maker uses cinematic imagery to tell a story about an endless quest for self improvement – a theme most consumers can relate to directly.

The clip, which even manages to tug at heartstrings via YouTube, doesn’t mention one feature of the new Acura 2014 MDX model. Instead, Acura promotes its ever-expanding drive toward creating vehicles that live up to the standards of not just one demographic, but for all of mankind. It’s an edge-of-your-seat string of images that leaves you slightly uncomfortable, a little mystified and mostly inspired. It might not sell the most cars, but it does convey Acura’s insatiable desire to become better, smarter and more successful, which humanizes the brand and compels viewers to share the company’s video content online.

Television is still a top channel used by car brands, but forward-thinking companies aren’t letting broadcast commercials take all of the credit. Honda is one example of an automaker developing smarter marketing processes. In the company’s Summer Clearance campaign, Honda leverages social media networks Twitter and Vine to produce web content in real time. Consumers are asked to Tweet their need for a new car using #wantnewcar, and Honda responds with Tweets and personalized Vine video content.

For instance, @ToineEng42 tweeted “my sunroof is the best duct tape sunroof in America. My 2 year old says daddy there goes the roof!” and Honda responded with a Vine video awarding him that honor, complete with a trophy. Check out the Vine video here.

While the campaign edged toward silly at certain times, it succeeded at achieving its goal – increased engagement. More, Honda effectively bridged the gap between traditional and digital marketing. The company even weighed in on the recent rivalry of Vine and Instagram by explaining why it used the Twitter-owned application. Check out that response here.

The #wantnewcar effort may have pulled first-time Honda buyers into the social discussion, but I’d venture to say the campaign resonated more clearly with loyal customers. In fact, business-to-consumer interactions could easily affirm brand affinity, further cultivating repeat customers. Every company wants to form a concrete client base, and social media marketing coupled with highly engaging online content makes that objective a lot easier to achieve.

Where do smaller brands stack up?

The auto industry is beginning to understand how to tie digital content into their broader marketing strategies. Brands like Acura and Honda have deep pockets, so they can afford to develop expansive campaigns to reach audiences, but not every organization can handle that type of investment.

Auto brands small and large are discovering the perfect channels to leverage for contemporary storytelling purposes. These leaders are also realizing that buying a new car takes a lot of research, and campaigns must nurture and guide decisions, rather than force seasonal promotions down buyers’ throats. Acura and Honda show how auto marketing should be done, now it’s up to the rest of the industry to get on their level.