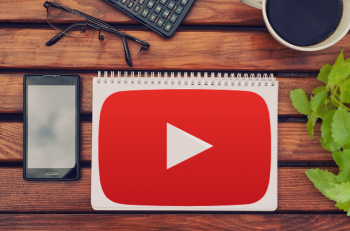 A good content marketing campaign doesn’t rely on a single resource or asset to drive traffic and raise awareness. That being said, any business would be happy if a piece of its content goes viral. A video, infographic or downloadable resource leading to explosive reach can really help a brand get its name out there. In fact, the ROI on a single piece of massively popular content is usually so high, it’s no wonder brands are constantly chasing virality.

Yet viral content isn’t always your golden ticket to success. Don’t believe me? Let’s look at two examples to shed some light on what to do – and what not to do – in pursuit sky-high visibility.

Bissel, the vacuum cleaner company, wanted to demonstrate how effective its products are. To do so, it produced a video it hoped would be a viral hit. Check it out below.

In the clip, Bissell’s senior brand manager, Ravi Dalchand, uses one of the vacuum cleaners to wash a patch of ground in one of Toronto’s busiest (and dirtiest) subway stations. Then he dumped a container of pasta on the ground and ate it with a fork.

Sound stomach-churning? That’s what Bissell intended. It was supposed to grab viewers’ attention and show how confident the brand is in its products. But the video is probably not as effective as the company wanted. Coverage and sharing surrounding the stunt was less about the fact Bissell makes a superior floor-cleaning products, and more about someone did something gross.

Taking a close look at the clip, there’s very little going on in terms of brand image or even product identity. The video has no introduction, it doesn’t mention a specific product and relies on shock value to support its virality. People may remember Bissell going forward, but they have no actionable way to move closer toward making a purchase or taking part in any kind of conversion – unless they’re also planning to dine on the floor of a subway station.

In contrast, IKEA produced a video parody to promote its annual product catalog, and it was a massive success. Take a look below:

As you can see, it’s a send-up of modern product reveals, much like the recent Apple Watch unveiling. The joke is that unlike newfangled technology that claims to be simple (but is often expensive and confusing), the catalog (or “bookbook”) is intuitive, easy-to-use and well-designed.

The reasons why this is a great example of how to produce viral content are simple:

1. It’s specific. The Bissell video is very vague, and most viewers would only come away with a simple message: “Bissell vacuums are very good at cleaning.” This isn’t a bad idea in general, but it doesn’t drive sales or increase engagement.

On the other hand, IKEA is drawing attention to a single item: The product catalog. The video isn’t directly about IKEA as a company – it’s about a relatable item people can easily get their hands on.

2. It’s part of a sales funnel. When a viewer sees IKEA’s video, they aren’t being told how great the company is, or that they should buy IKEA products the next time they need furniture. The call-to-action is simply to pick up a copy of the catalog. Once this is accomplished, customers to get more information, follow up on special offers and eventually make purchases.

So how can brands apply these lessons to their online campaigns?

Don’t: Just go for clicks. Visibility is great, but if it doesn’t focus on likely qualified leads, it won’t achieve business goals. Bissell has raised awareness among people who like to share viral gross-out videos, but it hasn’t specifically targeted people in need of powerful cleaning tools.

Do: Pursue qualified traffic. IKEA certainly wants people to share its video, but even more than that, it wants to get more people to receive its catalog. This is similar to a content campaign designed to drive newsletter signups. Brands can leverage virality to establish closer relationships in prospects’ inboxes and nurture the connection from there.

Do: Have a sales funnel in mind. Even if Bissell’s video pays off and the company sees a big uptick in traffic, it won’t matter if the site isn’t geared toward funneling visitors to relevant information or calls-to-action. When creating content intended to go viral, it’s important to have a net in place to catch the fruits of that labor.

There are things to like about Bissell’s video. Perhaps it was cheaper to produce, but while the initial costs might have been lower, IKEA’s ROI is likely much higher. Because their content fits into an established buyer’s journey. If you think about your brand’s marketing strategy in this way, it’s easy to see which kind of asset pays higher dividends in the long run.