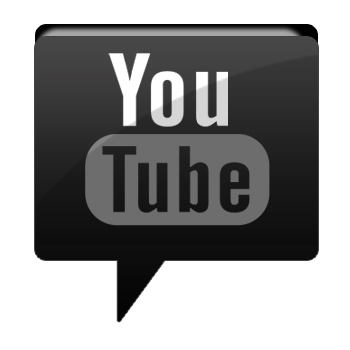 Did you know that if YouTube were a country, it would be ranked the third largest in the world? With more than 1 billion unique visitors each month and 100 hours of footage uploaded every minute, there’s no denying the social platform’s popularity. Its reach helps organizations like UNICEF promote social good, has the power to turn ordinary kids into rising stars (Justin Bieber, anyone?) and allows businesses to optimize their marketing strategies. However, there is one aspect of YouTube that’s generally being underutilized – the contest.

Is there any medium more viral than YouTube? Couple this extreme popularity with a web contest and you’ve got yourself something that catches on quicker than cat memes.

While this type of contest requires more work on participants’ ends than your basic Facebook sweepstakes (because they work best when you ask contestants to create and share their own videos), there’s an immense payoff. When you combine your own content with consumer-generated submissions, you create a truly unique experience that earns engagement and encourages interactions with your brand.

However, before you can get to the fun part of interacting with your followers, there are some guidelines you’ll have to follow (signing up for a YouTube user account and building a contest tool, etc.). Once these preliminary steps are taken, you’ll be on your way to creating a contest that ranks with some of the best! In 2009, Ford Motor Co. boldly launched “The Ford Fiesta Movement” and decided to give away new cars, free insurance and gas to 100 lucky contestants. The price of entry was simple: Upload a video explaining what you would do with a new Ford Fiesta.

Within six months, 11,000 Ford Fiesta-related videos were uploaded and the company was able to track more than 5 million mentions of the car across social platforms. Without spending a single dollar on traditional advertising, Ford saw a 38 percent boost in awareness among Millennials and identified 50,000 potential new customers. Another company that’s taking advantage of the YouTube contest hype is Doritos. In the wake of its uber successful, seven-year-old Super Bowl contest,t invites consumers to create their own bold ads with the chance to win a spot during the main event,  the company is opening the contest up to global participants and to new social networks, namely – YouTube. Following the traditional formula, contestants will upload their videos and Doritos awards prizes based on fan votes.

While it’s true that Ford and Doritos are big brands with resources for grandiose prizes, small companies can still mimic these strategies and create contests that are just as successful.

The key to creating an engaging YouTube contest is to develop an effective strategy that separates you from the millions of hours of content out there. So if you’re ready to transform your customers into brand ambassadors, here’s a three-step guide outlined by James Wedmore in an article for Entrepreneur on how to generate buzz with a video contest:

1. Get your audience excited

In order to motivate your audience, your incentive needs to be strong enough to earn their time and effort. This may sounds like you need to give away an eye-catching prize that sparkles and shines, but that’s not always the case.

People like to feel important and often desire the intangible, like recognition or special treatment. Take Ogilvy and Mather, for example. The international advertising agency takes video submissions from people who have found global solutions that benefit humankind. The reward? “Worldwide glory, a feeling of personal satisfaction and inspiration.” Never underestimate the power of the human ego!

2. Give customers a virtual microphone Once you’ve uploaded your own video explaining the contest rules, let contestants submit their entries by leaving “video responses.” It’s important that your audience doesn’t feel like it’s simply promoting your business, so make sure participants can express themselves freely. To achieve this, consider asking followers why they like your product or how they would use it.

There’s no reason you shouldn’t be cashing in on social capital, too! If contestants know that social influence (likes, shares and comments) are required for top prizes, they’ll share their content themselves and effectively increase your brand awareness. Word spreads like wildfire out there on the web!

If done correctly, YouTube contests become of the most effective ways for a brand to engage with customers – and for a good reason! Prizes plus one of the most popular social media sites equals monumental interaction. So start mastering the art of the contest and watch the submissions fly in.