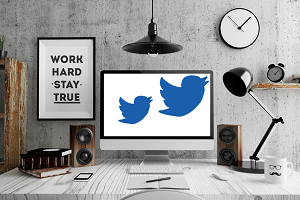 As a tech writer, I’ve had fairly modest engagement with social media marketing, but that changed when a client asked me to take over its social posting. In addition to my writing duties, I was logging onto our social platform Sprout, examining analytics data, and evaluating my content from a new angle — that of, “How do I get people to read this?”

By having a direct hand in the promotion of the content I wrote, I began to appreciate how writing the story is only part of the equation. You also have to give people a reason to read it. And that’s where writing with an eye toward social comes into play.

I evaluate my content from a new angle — that of, “How do I get people to read this?”

I brought social media and SEO writing together to give a client proprietary coverage of a trending event. As a result, we got hundreds of social shares and more engagement. The story was about a large-scale retail cyberattack and how to prevent similar intrusions, written with social posts in mind.

1. Engage with a subject matter expert

As a writer, it’s typical to cast a wide net when you start your research, looking to secondary sources and quotes from other articles. But if you want to get traction on social media, then your best bet is to conduct an interview with a subject matter expert. Having original subject matter expertise lends credibility and originality to a piece, which directly appeals to the professional community on LinkedIn.

For the cyberattack story, I spoke with was a security officer who had more than 15 years of experience dealing with cybersecurity issues. He gave me insight into the breach story that went beyond the headline. He talked to me about the breach, but also about how it could have been avoided. Having his expertise in the piece is a large part of what led it to be shared on LinkedIn over 400 times in eight days.

2. Be pithy – think about what’s quotable

It can be tempting to let sentences run on freely, but in the 140 characters-or-less world, that doesn’t fly. Writing with SEO/social in mind is all about stripping the fat away to get to the meat of the story, and producing sentences that can easily form the basis of a Tweet.

As Chartbeat’s Tony Haile found, the majority of people spend less than 15 seconds on any given web page. This means that concision and clarity have to start from the get-go. Lead strong, and keep it that way.

When I was working on the breach article, I found it helpful to study the cadence of leading tech people who tweet, and channel that into my story. Here’s a Tweet from security journalist Brian Krebs:

The same gang that breached Target and Home Depot has been hitting parking services of late. Latest victim: http://t.co/tqwM17vzKX

This absolutely succeeds as a tweet, but it works perfectly as an article lead too. In this way, Tweets from relevant people can help guide stylistics as far as crafting concise and meaty SEO content.

Pro-tip: A good tool for staying on top of experts who can help inform your style is Tweetdeck, where you can actively filter Twitter content based on people and content types that you cover.

In crafting the breach article, I focused on making the story Tweet-worthy. Here’s a good exercise for that: Take a story you’ve written, and highlight three random sentences. Does one of those sentences work as a standalone tweet? If not, then more refinement is necessary. The quotable style of my article is what led to it getting Tweeted more than 50 times in roughly the first week after its release.

3. Don’t be pithy at the expense of good reporting

It’s the writer’s job to produce engaging and authoritative content, and it’s important that any Twitter strategizing doesn’t come at the expense of quality. In a world rife with lists (OK, I guess this piece is technically a list) and picture/GIF-heavy “stories,” it’s refreshing for people to read strong content backed by thorough research.

I kept this in mind as I wrote the story about the breach and its fallout. Instead of referencing a secondary source that discussed a study, for example, I made sure to locate and link to the actual study. I also framed the story in a broader context – that of “the year of the breach” – to lend it greater relevance.

The average person who clicked the article read for 6 minutes.

The work I put into strong reporting paid off: The average person who clicked on the article read it for 6 minutes. Not too shabby when you consider a typical page read time is 15 seconds.

An article won’t be read if it’s never clicked. And by that same token, a click is pretty meaningless if the content isn’t read. Making sure that both things are accomplished is about integrating the two. From a writer’s standpoint, that means producing content that people want to click on – and stick around to read.

For more information about how content writers draw inspiration and produce creative projects for the web, check out these related resources: