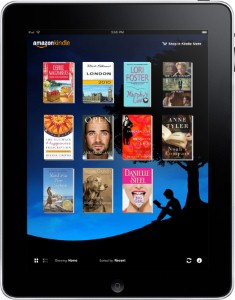 A couple of high-profile cloud acquisitions, some bold predictions for the mobile markets and a little controversy with Google shaped the online conversations surrounding business tech this week.

First, Cisco announced it will acquire cloud service catalog provider newScale to improve its cloud offerings. So far, Cisco has taken an indirect approach to the cloud computing market, focusing more on the network equipment that its customers need to switch to the cloud. When announcing the acquisition, Cisco said its cloud strategy is “to harness the network as a platform for building and using clouds and cloud services.” After integrating newScale’s resources, Cisco said it will be able to offer a more flexible range of cloud services.

While financial terms of the acquisition were not disclosed, Cisco said the deal will be closed during the second half of its fiscal year 2011.

Not to be outdone, Salesforce.com made its own acquisition this week. On Tuesday, Salesforce.com announced it has signed an agreement to purchase Canadian startup Radian6 for $276 million. The acquisition is the next step in Salesforce.com’s long-running initiative to bridge enterprise communications and social media, bringing Radian6’s technology for monitoring social media conversation to its cloud-based collaboration services. Salesforce.com said in a statement it will integrate Radian6’s services for public social networks with its Chatter service, a “corporate social network” it offers for internal communications.

Salesforce.com appears to be making a larger impact on the business tech industry than Cisco. At press time, the online conversation surrounding the term “Salesforce.com acquires Radian6” outweighed those for “Cisco acquires newScale,” according to Google Realtime results.

Another high-profile merger made tech headlines this week, although it was formed nearly two months ago. Separate reports from both IDC and ABI Research evaluated the impact of Microsoft’s new partnership with Nokia on the smartphone market.

First, IDC released its Worldwide Quarterly Mobile Phone Tracker, which projected 49.2 percent growth in smartphone sales for 2011. More surprising is the expected success of Windows Phone, which IDC said will become the No. 2 mobile phone platform by 2015, second only to Google’s Android. That would represent 67.1 percent growth in Windows Phone market share during the next four years. Meanwhile, the Symbian mobile operating system, which Nokia abandoned in favor of Microsoft’s Windows Phone platform, is expected to lose 65 percent market share during the same period.

The absence of Symbian will not only benefit Microsoft, but also Google and the currently struggling Research In Motion. ABI Research released a report yesterday that showed 69 million of the 302 million smartphones shipped in 2010 featured Google’s Android operating system.

With Symbian now out of the picture, ABI Research predicts Google will consume a massive 45 percent of the smartphone market by 2016. RIM, meanwhile, will use the new markets opened by the demise of Symbian to maintain its current levels and obtain a 14 percent market share by 2016. Last year, the Canadian smartphone developer held 16 percent market share, and many predicted it will eventually fall to the growth of Google and Apple.

Also in the mobile sector, the impact of tablets on all businesses was a hot topic this week, following an announcement from market research firm Gartner. After incorporating the expected numbers for enterprise expenses on tablets, which Gartner said will grow from $9.6 billion in 2010 to $29.4 billion this year, the firm adjusted its overall global IT spending forecast. With tablets included, Gartner predicts worldwide IT spending to grow 5.6 percent to reach $3.6 trillion this year. Before incorporating tablets, Gartner’s prediction was set at 5.1 percent growth.

For Google, the optimistic future for Android wasn’t the only news this week. On Wednesday the company reached a settlement with the U.S. Federal Trade Commission after a long investigation into the privacy violations that occurred while Google created its Buzz social media service. As part of the settlement, Google was sentenced to 20 years of semi-annual audits of its privacy and data protection practices, which will be conducted by the FTC.

These issues are likely to further develop as business tech moves forward. Keep listening, as the online conversation will only get louder.