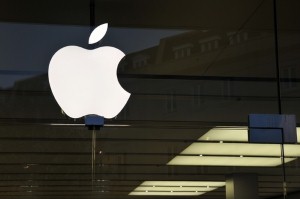 This week saw plenty online chatter in the business technology sector, with an update on a long-running Facebook lawsuit, a cloud crash at Amazon and some criticism of the industry’s environmental efficiency.

Apple, however, remained the hot topic in the sector. As usual, a plethora of reports surfaced about the Cupertino, California-based tech developer’s iPhone this week.

At Wednesday’s Where 2.0 conference on location-based technology in Santa Clara, California, security researchers Alasdair Allan and Pete Warden revealed the findings of their research on Apple’s iPhone and 3G-enabled iPad. The research discovered that the devices were regularly recording users’ location and network information and sending it back to Apple.

Immediately following the revelation, Apple moved into the spotlight in the business tech industry, with analysis, speculation and cries of Big Brother directed at the company. The federal government chimed in, with Minnesota Senator Al Franken sending a letter to Steve Jobs, Apple’s famed CEO who is currently on medical leave, prompting him to answer a list of questions, including “why does Apple collect and compile this location data?” and “why is this data not encrypted?”

In light of later developments from this week, Franken might want to direct similar questions at Google.

A Wall Street Journal report released this morning presents some compelling Android data based on a study conducted by security researcher Samy Kamkar. After using an HTC smartphone running Google’s Android mobile operating system, Kamkar told the Wall Street Journal the device recorded its location “every few seconds” and distributed the information to Google “several times an hour.” According to the report, the Android-based smartphone also recorded Wi-Fi data, including the name, location and signal strength of the networks connected to it.

For Apple, the location tracking revelation threw a wrench in an otherwise positive week.

First, data from comScore showed that Apple’s iOS mobile operating system is far and away the leading mobile platform when all devices are considered, accounting for 59 percent more smartphones, tablets and media players than Google’s Android OS. Then, research firm Strategy Analytics announced Apple surpassed Nokia as the global leader in handset revenue this year – a first for the company. On top of that, Verizon credited its new partnership with Apple for its tripled earnings this quarter, saying gains stemmed from 2.2 million iPhone sales since it introduced the device in February.

Amazon joined Apple and Google as a big-name company that ended the week with a black-eye to its reputation. On Thursday, Amazon’s popular cloud-based EC2 web hosting service crashed, setting off a wave of negative Amazon news throughout the industry.

Most of the negative news stemmed from the big-name companies affected by the EC2 crash. Tech startups such as foursquare, Reddit, Quora and ow.ly were hosted on the EC2 platform because of its low cost, and subsequently went down with it on Thursday.

Some of the affected startups declined to put the blame on Amazon, with Quora posting a statement on its website that read “we'd point fingers, but we wouldn't be where we are today without EC2,” according to CNET. Meanwhile, Amazon continues to work on getting its service up and running again, and online conversations continue to mention “Amazon cloud crash” frequently, according to Google Realtime results.

When those tech startups recover from the outage, they’ll be under close watch from environmental authorities. Their larger predecessors Twitter and Facebook, along with Yahoo, Google and Apple, were publicly criticized by environmental organization Greenpeace for data center inefficiency this week. Twitter stood out among the crowd as the worst offender, with Greenpeace issuing F grades across the board for transparency, infrastructure sitting and mitigation. Facebook, similarly, earned D’s and F’s in those categories, and was criticized because it “appears to lack vision to become a company powered by clean energy,” according to Greenpeace.

Facebook may have trouble focusing on green technology moving forward, as a legal battle the company may have considered dead was resurrected this week. Tyler and Cameron Winklevoss once again pushed for more money from Facebook founder and CEO Mark Zuckerberg, still claiming their former Harvard classmate stole their idea for the social networking site. A statement released by the twins’ attorney Jerome Falk requested the courts “reopen that door” with another hearing for a larger settlement. Last week, a court rejected the twins’ attempt at appealing a 2008 settlement now worth an estimated $160 million, which the Winklevosses claim is too small considering Facebook’s actual value at the time of the settlement.

Looking ahead, these issues are likely to continue to shape the industry. Keep listening, as the online conversation will only get louder.