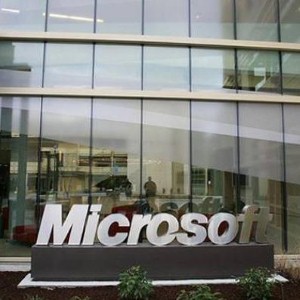 A number of big-name companies in the private sector made announcements and introduced products this week that are likely to have a serious impact on the future of the business tech industry. Meanwhile, others pushed Congress to make sure the U.S. is involved in the sector’s future.

The Semiconductor Industry Association, a group of 18 Silicon Valley executives, approached Congress today in its first lobbying tour since it relocated to Washington, D.C., last year. The main objective of the lobbying initiative was to open the eyes of U.S. lawmakers to the opportunities available to them in other countries. John Daane, CEO of programmable semiconductor design company Altera Corp., cited the “tax holiday” available in Malaysia as an example of the international tax laws that may draw major tech providers out of the United States. Daane said, with the tax holiday, Malaysia is “basically [offering] a zero percent tax rate.”

The semiconductor industry currently employs more than 182,000 people in the U.S.

IBM, however, appears to be more interested in business abroad. The company allegedly bribed government officials in China and South Korea consistently over an 11-year period, from 1998 to 2009, the Securities and Exchange Commission claimed in a lawsuit filed today. Hours after the SEC filed the charges, which accuse IBM of violating the Foreign Corrupt Practices Act, the company agreed to pay a $10 million settlement.

When the news broke this afternoon, online searches for “IBM lawsuit” suddenly skyrocketed, according to Google Realtime.

Similarly, a recent AT&T announcement is likely to spark controversial debate with government officials. The company is placing a cap on the amount of data its broadband customers can download each month. With the cap, those using AT&T’s traditional DSL connection will be limited to 150 GB of data per month, while those connected to AT&T’s fiber optic-based U-Verse offering will be capped at 250 GB per month.

The announcement is likely to draw heavy backlash from the federal government. In 2009, when Time Warner Cable tested a pay-per-gigabyte policy, Representative Eric Massa, a Democrat from New York – the state in which the test was set to launch – called any similar approach to internet billing an “outrageous plan to tax the American people.”

The online discussion in business tech wasn’t all negative this week. Twitter, answering the request of government officials, hackers and celebrities, created a permanent HTTPS protocol option for its users. While the microblogging site already offered HTTPS, which protects passwords and personal information when using an open or public WiFi network, the new option allows users to permanently turn on HTTPS protocol with just one click.

The announcement comes two weeks after a hacker, Tweeting from actor Ashton Kutcher’s account accessed on an open WiFi network, criticized Twitter for weak protection standards. That same week, New York Senator Charles Schumer sent a letter to the company urging it to upgrade to HTTPS for all its webpages.

Twitter also announced that it processes 1 billion Tweets per week, a feat that first took longer than three months to accomplish. In a boastful company blog post, Twitter also showed that an average of 460,000 new accounts were created each day during the past month.

Microsoft also enjoyed a successful week. First, the Redmond, Washington-based company released the latest edition of its web browser, Internet Explorer 9, at the ongoing South by Southwest conference in Austin, Texas. Within 24 hours, the browser was downloaded more than 2.3 million times, amounting to a 27-download-per-second rate, Microsoft said. The promising IE9 comes as Google’s Chrome and Mozilla’s Firefox browsers have eaten away at Microsoft’s long-held browser market lead.

Searches for “IE9” remain frequent, even though the browser was released on Monday.

Another win for Microsoft this week could have a major impact on enterprise mobility for all companies. Through a partnership with Research In Motion, Microsoft will provide its cloud-based Office 365 productivity suite for BlackBerry devices, giving enterprise users a location to store the corporate data created and accessed on their BlackBerry smartphones and tablets.

In fact, while discussing the partnership in a recent interview with Bloomberg, RIM’s senior vice president of software and business services, Jim Tobin, said the much-anticipated BlackBerry PlayBook tablet will be released “very soon.”

Keep listening as these issues develop and the online conversation gets louder.