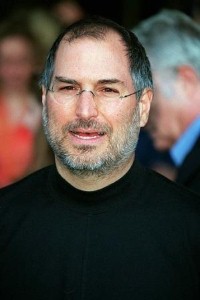 While Apple CEO Steve Jobs and the infamous iPad 2 dominated headlines in business tech this week, Twitter stole the spotlight toward the end of the week, with both good and bad news.

Jobs made an unannounced appearance at Apple’s San Francisco event Tuesday, emerging for the first time since January when he began the third medical leave of his career. While Jobs appeared thinner, he still showed up in his signature attire – black turtleneck, blue jeans and wire-rimmed glasses – to introduce the world to iPad 2.

With the follow-up to the groundbreaking iPad, Apple reasserted its dominance over a tablet market that has quickly become crowded. New competitors, such as Motorola Mobility, Research In Motion, Samsung and HP, will have trouble competing against an iPad 2 that improves upon its predecessor’s processing speed, adds a front-facing camera for video conferencing and features a 33 percent thinner design, all at the same price.

At press time, online conversation appears to favor the iPad 2 over Steve Jobs, according to Google Realtime results.

While one technology executive returned this week, another stepped down in embarrassing fashion. Aaron Barr, CEO of HBGary Federal, announced Monday he is leaving the company. His resignation comes at the hands of the infamous hacking organization known as Anonymous, which had defaced his company’s website, breached his personal Twitter account, then stole and published 60,000 of his employees’ emails.

The assault on Barr began after he claimed in an interview with the Financial Times last month that, through his company’s investigation with the FBI, he obtained the identity and location of two members of Anonymous living in the U.S., as well as several abroad. Shortly after the ensuing hacks, Barr and other HBGary Federal representatives attending last month’s RSA Security conference in San Francisco were harassed to the point that the company departed early. Barr, who was scheduled to give a speech at the conference on his investigation into Anonymous, said he received death threats.

Anonymous hackers quickly turned to Twitter to declare victory, and eventually ended up rubbing salt in Barr’s wounds. Tweeting from an account called Topiary, a hacker who describes himself as an “online activist” and a “supporter of Anonymous operations [and] WikiLeaks” published a poll asking respondents to predict Barr’s future six months after his departure from HBGary Federal. At press time, the leading vote getter was “on the [expletive deleted] streets homeless, divorced and drunken,” at 30 percent.

Twitter, meanwhile, generated plenty of attention this week. On Monday, two separate reports from the New York Times and Wall Street Journal cited anonymous sources with JPMorgan Chase who said a large portion of the investment firm’s new $1.2 billion digital growth fund will be directed at Twitter. With the funding, JPMorgan estimates Twitter’s value at $4 billion, the sources said.

Shortly after, the microblogging site made headlines again when outlandish actor Charlie Sheen created a Twitter account after his recent interviews became an internet sensation. One day later, Sheen set the Guiness World Record for the shortest time to reach 1 million Twitter followers, at 25 hours and 17 minutes.

However, not all celebrity news was good for Twitter this week. While attending the TED Conference in Long Beach, California, a nearby hacker, apparently using a program like Firesheep to access unencrypted Wi-Fi networks, hijacked actor Ashton Kutcher’s Twitter account and used it to promote a free-speech agenda while also criticizing the industry’s weak encryption standards. The hacker’s first tweet mocked Kutcher’s career, involving prank TV show Punk’d and the slapstick comedy Dude, Where’s My Car. This Tweet also criticized his network for a lack of SSL encryption, while the second called for the end of social media censorship in Arab countries currently experiencing unrest.

The Ashton Kutcher hacker wasn’t alone in his criticism of password protection on the web. On Monday, New York Senator Charles Schumer sent a letter to Twitter, Amazon and Yahoo calling for a switch to the HTTPS protocol for all of their webpages. As the industry saw in the Kutcher Twitter account hack, HTTP-baed webpages opened on public Wi-Fi networks are easily accessed by nearby hackers. Twitter, as evidenced by the hack and emphasized by Schumer, does not currently use HTTPS for any of its webpages.

These developments are likely to resonate as the business tech sector moves forward. Keep listening, as the online conversation gets louder.