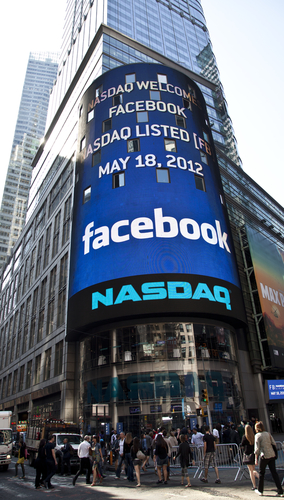 For most of the summer, news related to social media giant Facebook has centered on the company’s stock. After its historic IPO, Facebook has struggled to satisfy investors. However, the past weeks have brought Facebook headlines that offers marketers new insights and a series of new options from the company to make their presences on the web more effective in terms of building brand awareness and driving website traffic.

As more organizations opt to make Facebook a part of their social media marketing strategies, the use of the platform to appeal to new prospects will become expected from consumers. EMarketer reported that 88 percent of companies in the United States will maintain presences on Facebook by the end of 2012, with the days of massive adoption fading in favor of businesses moving into the next wave of strategic social marketing. Campaigns will mature and marketers using the site must innovate consistently to appeal to new users.

According to eMarketer, Facebook’s growth in terms of marketing use will slow considerably in the next few years, but this is due to the fact that most organizations are already creating campaigns. From 2010 through the end of this year, Facebook marketing use is expected to have grown from 72 percent to 88 percent. However, this figure will grow to 92 percent by the end of 2014. As Facebook marketing becomes nearly universal, Brafton reported that marketers will have to ensure that their presence on the site is dynamic and innovative to stand out from competitors.

Part of successful Facebook marketing is attracting users with relevant website content. Not all users, however, are created equal. Campaigns with the most success on Facebook appeal to the platform’s most active users. Wildfire reported that power users fit into two categories – brand advocates and sharers. The company conducted a study and found that businesses with campaigns that drive relevant traffic and boost brand awareness are those that successfully appeal to these active users. Among top-performing organizations’ fan bases, 4.7 fit the brand advocate criteria and 34.3 percent are sharers, with the remaining fans dubbed as joiners. According to Wildfire, the businesses with campaigns classified as top performers have experienced more than 90 percent growth in fan count in the last year, compared to just more than 78 percent for average-performing Facebook profiles.

Among top-performing organizations’ fan bases, 4.7 fit the brand advocate criteria and 34.3 percent are sharers, with the remaining fans dubbed as joiners. According to Wildfire, the businesses with campaigns classified as top performers have experienced more than 90 percent growth in fan count in the last year, compared to just more than 78 percent for average-performing Facebook profiles.

Reaching and engaging more active users can help organizations find relevant traffic that increases lead generation and conversions with social marketing. However, as Brafton reported last week, providing them with site content that demonstrates value and makes them want to share with their own friends is the only way to appeal to these audiences.

Facebook has rolled out a series of new marketing tools in 2012 aimed at making it easier for marketers to create brand Pages that are more appealing to their target audiences. Among the latest features is Sponsored Search Results for Facebook’s internal search. Like paid search capability on Google and other sites, marketers can pay for placement on relevant keyword searches. In general, the platform has evolved rapidly this year for both marketers and users, with both receiving new ways to interact and create content to improve their overall experience. The integration and advancement of video hosting on the site has resulted in it becoming one of the most frequently used video platforms on the web. ComScore reported that Americans watched more video on Facebook in July than any other site except Google’s various web properties enabled for video, namely YouTube.

Facebook users watched more than 327 million videos on the site in the month, but as Brafton reported, average time spent with Facebook video was lower than other sites. Essentially, consumers enjoy viewing the content, but most are shorter clips rather than extended videos. Companies using video marketing to drive visibility and direct prospects back to their websites can share their content on Facebook to leverage the site’s growing popularity as a video channel.

As comScore reported, YouTube has become the premier platform for both hosting and watch video content on the web. Moreover, eMarketer’s report found that 36 percent of businesses currently maintain presences on YouTube, and this figures is expected to grow to 43 percent by the end of 2014. While many using video marketing will host content on their own sites, others choose YouTube due to convenience and simplicity. Brafton has highlighted YouTube as a good platform for marketers to boost their websites’ search presence and easily deliver optimized marketing videos to prospects through search.

Adding to a search presence with video can help make a site more appealing and put dynamic branded content in front of prospects’ eyes. Moreover, bringing any content to users on SERPs can help marketers drive traffic. As search engines evolve, it’s increasingly important to solidify search standing and develop a strategy that keeps sites in a good search position regardless of the algorithm updates search engines develop. Another of those updates came last Monday, when Google launched Panda 3.9.1. Through its Twitter account, Google confirmed the minor update that affected less than 1 percent of searches.

As search engines evolve, it’s increasingly important to solidify search standing and develop a strategy that keeps sites in a good search position regardless of the algorithm updates search engines develop.

The latest iteration of Panda followed the trend of most of the company’s search quality updates this year, impacting few searches. Brafton reported this will likely be the case for Panda more often than not moving forward. Google’s Matt Cutts said at SES San Francisco 2012 that Panda would likely receive occasional updates to ensure proper performance with minimal major changes, while other search quality algorithms – namely Penguin! – receive the bulk of the attention.

While Facebook dominated the news of the week, Google’s minor shift also signaled to marketers that compliance with Panda is, more or less, mandatory for successful SEO and content marketing strategies moving forward. As the algorithms receives these small changes, rather than large-scale alterations, it likely means that Google believes the standard has been set for the types of content that appeal to Panda and those that will be punished by it. Marketers will want to look out for Penguin updates now that Google has nearly perfected its Panda algorithm, as the search giant will continuously look for new ways to ensure quality user experiences.