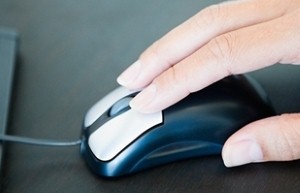 This week, the internet marketing community was buzzing over the Mobile World Congress, as well as the meeting of President Barack Obama with some online platform leaders. Content marketing also took center stage, thanks to recent Google developments.

The week started off with a bang – or rather, a bust – when news broke that J. C. Penney was involved in a link scheme that pushed its site to the top of Google results. As Brafton reported, The New York Times broke the story, indicating that the department store had countless links from spammy sites, which gave it an edge in Google rankings during the holiday shopping season. The Times submitted the links to Google for review, and the search giant agreed that something was fishy. J. C. Penney dropped from the No. 1 result to No. 68 in a matter of hours, and the takeaway for marketers should be that they need merit-based links – earned with quality content.

Shortly following the scandal, Google's Matt Cutts released a Webmaster Central video explaining how penalties can be lifted. Cutts emphasized that penalties can be algorithmic or manual – emphasizing that Google has human engineers who work to determine site quality alongside its algorithm. No matter the method by which sites are punished, they must ultimately “fix their sites” if they want to recover rankings. Often, the key way to do this is by removing spam and replacing it with high-quality content.

Continuing its effort to promote human-approved, quality content, Google released a new extension for Chrome this week that lets users block sites from personal search results. The Personal Blocklist extension gives users the chance to block low-quality sites, though a block can be revoked at any time. Marketers should take note that being blocked not only removes a site from users' individual results pages, but blocking activity is also reported to Google. This signals to the search giant that a page may have spammy content, which could impact overall rankings. Google will likely tread lightly on penalizing sites for users' blocks because – as many skeptics have pointed out – this feature can easily be abused by brands hoping to eliminate their competition on the web.

Its new content subscription platform, Google One Pass, is yet another way Google is promoting quality content. The platform lets publishers set prices for their content, and then it distributes news to users. Content can be accessed by subscribers via the internet-enabled devices of their choice, and Google says it hopes this feature “lets publishers focus on creating high-quality content for their readers.” (Notably, Google's product came out within a day of a similar content subscription platform from Apple.)

Google also made headlines this week for becoming more social. As Brafton reported, Google is now mixing content generated by users' contacts (such as blogs, photos, etc.) into general web results. Additionally, pages shared by users' friends via Twitter, Blogger and several other social platforms will receive preferential ranking. This makes it increasingly important for brands to generate content that users will want to share on the web.

Supporting the need for more social marketing, the GlobalWebIndex's Annual Report 2011: Welcome to Social Entertainment reveals that social recommendations are increasingly trusted web referrals. The study, covered by Brafton, shows that social recs' reliability increased 47.7 percent over last year. Additionally, the number of internet users who say they are motivated to log on to share an opinion has increased by 13.3 percent. Custom news can be a valuable way to engage social users and make a brand part of the online chatter – sharing news links on microblogging sites is becoming a top activity, increasing 17 percent over last year.

This tip may come in handy for a number of marketers. A study from The CMO Survey found that executive marketers are planning to increase their investment in social media this year. (Notably, the study also found that CMOs are increasingly optimistic about profits for 2011.)

While compelling content that will catch Likes and Tweets from users is recommended, marketers may want to be cautious about investing in Facebook ads. As Brafton reported last week, Facebook ad CTRs declined last year. A new study suggests nuanced targeting improves CTRs for ads on Mark Zuckerberg's social site.

Speaking of Zuckerberg, Time Magazine's Person of the Year had the chance to sit down with America's commander in chief this week. President Barack Obama hosted a dinner with leaders in the U.S. technology industry, including Apple's Steve Jobs, Google's Eric Schmidt, Yahoo's Carol Bartz and Facebook's Mark Zuckerberg. As Bloomberg reports, he wanted these online leaders to support his education and innovation agenda. This demonstrates the drawing power of online platforms and indicates that the internet is a key way to reach Americans.

Another conference that generated ample internet marketing buzz this week was the Mobile World Congress in Barcelona. As Brafton reported, HTC unveiled a “Facebook phone” that mobile social marketers may like. This news came right after the release of comScore's 2010 Mobile Year in Review. As Brafton reported, the comScore study indicates that mobile marketing is becoming mainstream, with smartphone ownership increasing from 16.8 percent in 2009 to 27 percent of the U.S. population in 2010.

Also generating buzz at the Mobile World Congress was Nokia CEO Stephen Elop's declaration that his company expects to reach a broader audience in light of the it's recent partnership with Microsoft. Notably, Google's Schmidt – a keynote speaker at the conference – spoke openly about the company's earlier hopes that Nokia would adopt Android.

Another instance of Google's loss that is Microsoft's gain: the latest comScore search rankings released this week indicate that Bing gained search ground in January. Bing-powered total core searches now account for 30.7 percent. Bing hopes to not only gain more searchers, but change the way internet users think about search. As Brafton reported, this week, a company spokesperson told Fast Company Bing wants to do away with the 10 linked results and create a search experience that is more visual overall. He believes change will be welcome, and this could help give Bing an edge.

Speaking of innovative search engines, Blekko, the new and rising search portal that lets users slash the web, made headlines this week for a new tech partnership. The company is teaming with Stack Overflow to bring searchers more relevant tech and programming-related results.

Google also updated its navigation bar this week, with Search Engine Land reporting that a number of users are seeing the update.

All of these search developments should be of interest to marketers, as a recent study suggests search is still a top priority for many merchants. As Brafton reported, a survey from Merchant Circle reveals that search marketing is a top priority among local businesses – indicating that local SEO could become a competitive must this year.

Looking ahead to next week, marketers might expect there to be more mobile marketing headlines in the aftermath of the MWC. Plus, we might expect feedback about early adopters' experience with Google Chrome's new Personal Blocklist extension and its impact on search rankings. Internet marketers, stay tuned!