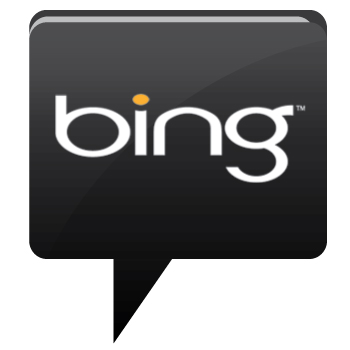 Throughout 2012, Bing has rolled out different features to its SERPs to provide users diverse content for their queries. When social search was more heavily integrated in April, the company well could have been finished with the re-design, but Bing rolled out a series of additions to its results this week that will help users find even better answers.

In what seems like a response to Google’s Knowledge Graph integration, Bing recently announced the insertion of data from Encyclopedia Brittanica Online into SERPs to provide information directly on the results pages. Unlike Knowledge Graph results on Google, the Brittanica information is not prominently displayed, as it appears like any other search result. While the information on the page itself comes from Brittanica, other links are included on the featured encyclopedia results. Among the sites included are Freebase and Qwiki, Brafton reported.

Along with the inclusion of links to Qwiki pages, Bing will offer Qwiki videos on its SERPs to allow users to preview video answers to their queries before clicking through to watch the entire clip. Brafton reported that Bing has linked to video on its SERPs for some time. However, Qwiki links will likely help users save time and determine if the content is relevant for them before navigating away from other results.

With these two additions to its SERPs, Bing’s week was ventful enough. However, the company was not done. Bing and Yelp announced a partnership this week to bring local content to Bing SERPs. Reviews, business rankings and other Yelp data will appear on local search results pages to help users find content and websites related to the companies they’re looking for.

Brafton reported that Bing and Yelp’s partnership is an interesting move for both companies given Google’s recent rollout of Google+ Local, which leverages data from Zagat to build the local SERPs. While marketers are actively looking to adjust their SEO campaigns to make room for local, advising customers to post content to Yelp following a positive experience could drive strong local search standing with Bing’s new tool.

For Microsoft, adding new dimension to its Bing SERPs is critical, as the company continues to struggle to cut into Google’s market share in search. ComScore reported this week that Google added 0.2 percentage points to its lead in May. For the month, Google accounted for 66.7 of all search queries. Bing saw no change in terms of market share, remaining at 15.4 percent, while Yahoo saw yet another drop. The company has fallen to 13.4 percent of the search market.

Brafton recently reported Google’s Amit Singhal noted that the Knowledge Graph has led to a spike in searches since its rollout. With the integration of Brittanica data, Bing does not offer related searches like Google’s Knowledge Graph. Ultimately, the impact for Bing will likely be minimal. However, adding more result variety and options for users who conduct queries on the engine would help the company gain ground on Google.

Aside from the news about its lead in market share, Google also made headlines for its latest Panda update. Version 3.8, which the company announced last Friday through its Twitter account, was a minor data refresh. Affecting less than 1 percent of searches, it falls in line with most of the company’s Panda updates this year, Brafton reported.

Another adjustment from the company came on Wednesday with a new layout for Google Trends. Dubbing its Hot Searches, Google is now bringing its users links to news articles and relevant images related to the trending topics. Brafton reported on Wednesday that one of Google’s announced search updates from May was like motivated by this move. A new freshness factor iteration aimed at identifying relevant site content more quickly hit in May, and the Hot Searches change is the most noticeable manifestation of the update.

Twitter also announced changes to its Trending Topics algorithm this week with the addition of Tailored Trends. Now, users and businesses active on the site for social media marketing can see trends based on activity among their followers and accounts followed. Currently, account-holders only have the option of seeing popular topics in their region.

Brafton reported that users can switch back and forth between the two settings. For marketers, adjusting their content marketing campaigns to hit topics gaining steam among their contacts can help drive clicks and overall engagement.

Brafton reported that 36 percent of respondents said customer service was a critical consideration in terms of the companies they work with on the web. Using Twitter, Facebook and other social platform to achieve this end provides businesses with an interactive method of improving their reputations among their user bases. Similarly, it adds another facet to social marketing campaigns that will help boost a brand’s presence on the web.

According to the Direct Marketing Association, there will likely be more companies looking for strategic social marketing ideas this year. In a report, relayed by eMarketer, the DMA found that social media marketing is one of the top priorities for businesses moving forward. As marketers look for ways to build their web presences and abilities to serve their customers, social is becoming a popular choice. Given the channel’s potential to drive website traffic, boost engagement and drive authority, many see it as an ideal fit for their overall marketing operations.

Brafton reported on Thursday that businesses consider social to be the most important element of their marketing campaigns this year with email marketing, SEO and paid search ranking high as well. Moreover, these channels each fit into an integrated strategy that can help marketers maximize traffic to their websites.

With the year more than half over, the marketing plans that companies devised for 2012 are beginning to show their overall success. Given moves from Bing, Google and even Twitter this week, it’s clear that these companies have seen greater interest from both marketers and consumers in the availability of fresh, relevant information. As the second half of the year moves on, companies have more opportunities than ever to attract prospects with relevant website content. Whether or not businesses take advantage of it will prove to be seen throughout the year.