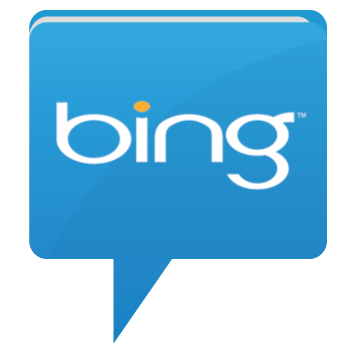 Even as Microsoft continues to add to its market share, monthly reports dividing up search queries remain disappointing for Bing. On Friday, Brafton reported that the company had added 0.1 percent to its share of the search market, bringing it to 15.4 percent of all queries fielded throughout the web. The modest progress, however, was offset by Google, which added the same amount to its share. Google currently occupies 66.5 percent of the market, comScore reported.

Despite the minor disappointment for Bing, the company did have a very important week. On Thursday, Brafton highlighted Bing’s new SERP design, which brings a whole new look and mindset to search. Some weeks ago, Brafton highlighted a simplified SERP from Bing that many thought aimed to counter Google’s increasingly detailed, social-heavy SERP. However, the move proved to be a precursor to the massive roll out of a three-column page design that brings users search results, contact and paid search information and social content in distinct result categories.

In its blog, Bing detailed each column saying that it wanted to bring users all the content that other engines, namely Google, offer without overwhelming the user.

In January, Google launched Search, plus Your World, which integrated Google+ data into search for the first time. Bing’s new layout provides users socially recommended results from all major social networks. However, the social result column stands alone from the others to avoid confusion. Perhaps the most interesting element of the social search is that Google+ is actually culled into Bing results through a category dubbed “People Who May Know.” This takes public information from different social networks related to the user’s search and brings it their SERP. These profiles are not connected to the user, but they are all from those considered to be influencers in the field, Bing said.

While Bing may be the major SEO talking point of the moment, it’s still just two weeks after the release of a pair of Panda updates and the newly launched Penguin algorithm. Google furthered conversations about its algorithms with its recent details of other new additions to search. In its Inside Search blog, Google revealed changes to its freshness algorithm that will help ensure that only new content of the highest quality is included in timely search results. Brafton reported that any site with questionable quality will receive no boost from the freshness algorithm. Other less noteworthy changes to Google search, and the associated SEO practices for marketers, include updates that have expanded the size of Google’s index as well as improved recognition of sites more likely to be relevant on a local level.

An increasingly large web index means that content marketing campaigns and keyword strategies must adjust as some terms may become more competitive.

Social media marketing campaigns with Google also received some interesting news with a report from Simply Measured suggesting that engagement on Google+ Pages has grown rapidly in its first six months. Brafton cited several pieces of information from the study, including that images have become the best performing content type on businesses’ Google+ Pages. In general, engagement on the pages included in Simply Measured’s study has increased 112 percent in the last three months. Aside from images, video content, articles and status updates garner higher levels of interaction than they did in Q1.

With more organizations succeeding with social media marketing, the potential to improve sales through social (and other web channels) grows as well. On Thursday, market research firm comScore reported that the U.S. ecommerce market has generated 17 percent more spending in the first quarter of 2012 compared to the same time period in 2011. Moreover, the study said that ecommerce spending from tablets has increased substantially, Brafton reported. Tablet users are among the active consumers of news on the web, which places a strong emphasis on the creation of news content marketing campaigns to attract consumers.

Mobile devices, both smartphones and tablets, have become increasingly important the American shopping process. This week’s headlines also make clear that using social on these handsets has increased as they’ve become more popular. Social app use is among the most common mobile web activity, according to a comScore study. This is likely good for brands with social pages and, ultimately, it should be good for website traffic.

On Wednesday, Shareaholic released its monthly analysis of referring traffic to the more than 200,000 sites that use its social-sharing tools. While Google’s continued growth in terms of referring traffic stood out, Pinterest saw continued declines that show interest and use in the site may be waning. Brafton reported that Pinterest’s declining traffic does not represent a lack of utility for the site as a social media marketing tool.

In general, few elements of any major social network mean that their use for marketing will decrease. Each of the platforms has attracted a specific subset of the internet user base, and companies will likely find each can have its role in influencing the purchase decisions of varied users.

Market Force reported earlier this month that 81 percent of Americans said they trust their friends’ advice in terms of product information or company reviews. However, MF’s study found that 78 percent said the same for branded social content. As such, companies active on social media marketing are seeing greater results from their use of different platforms.

Brafton reported that data released this week reveals the types of industries consumers trust the most within the social sphere are restaurants, retail chains and entertainment brands. However, other travel and hospitality companies as well as financial services businesses have seen their prospects place more stock in their social campaigns than ever before

Companies with social presences often cite a lack of proven conversion opportunities. However, the results from Market Force’s study show that consumers believe these campaigns are truly helpful in their purchase decisions, and they are using these platforms more frequently. According to the report, 95 percent of American consumers polled maintain Facebook accounts, while more than 60 percent are active on Twitter.

With Bing’s big week behind it, it will be interesting to see how, if at all, Google responds. Its recent algorithm updates have not generated too much buzz from within the company, but this could change next week.