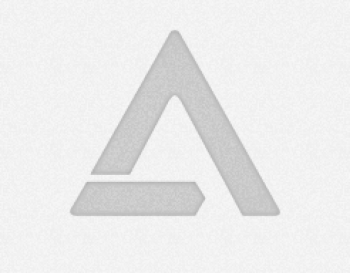 For most of the last two years, Yahoo has struggled to find much in the way of good news. The company’s main product, search, has seen its market share fall rapidly, while three different CEOs have been atop Yahoo in the last nine months.

This has not stopped some at Yahoo from innovating, though, in an effort to reassert itself as a dominant force in search and other critical sectors. On Thursday, the latest evidence of this came when Yahoo unveiled Axis, a search product that could change the outlook for the company with a dynamic take on finding information on the web. For desktop users, Axis comes in the form of a browser plugin that appears in the bottom left corner of each tab. To use the feature, clicking the small bar will open a larger window that takes up the bottom third of the browser.

Brafton found that the first pages users see when they open Axis include trending topics on the web, as well as four tabs of Yahoo pages that show news in different areas. These items can be customized in accordance with the users’ preferences to show favorites or other sites. As queries are entered into Axis, the windows instantly change to show previews of the pages that would come up as search results. SEO campaigns that help marketers jump into the top spots on Yahoo SERPs, which are powered by Bing’s algorithm, may see a boost in traffic from Axis, especially if they offer appealing pages.

Yahoo has also rolled out mobile apps using Axis. The main difference between desktop and mobile Axis is that it is not a browser plugin, but a program unto itself, so users will see the Axis menu on their entire screen, not just the bottom third of their browser.

Currently, iPhone and iPad apps have been rolled out, and an Android app is in the works.

Yahoo’s partner and competitor Bing made an announcement this week as well with the launch of So.Cl. The service could be a major win for businesses leveraging social media marketing as part of a broader web campaign focused on SEO. So.Cl, pronounced “social,” allows users to create an account and share content from their search results with friends, followers and other contacts on So.Cl and Facebook. Login can be achieved with either a Facebook or separate So.Cl account. Brafton reported that the platform has features similar to several different social networks, with the initial difference being its direct integration with Bing search.

Despite being announced on Monday, there was little discussion about the tool in the following days.

While both Yahoo and Bing were rolling out new features, search’s biggest player, Google, took a week off from major announcements. Even when Google isn’t rolling out new algorithms or launching new services, it is making news with some internal announcements. On Friday, Google’s David Baker, director of engineering for advertising, wrote a post on the company’s official blog detailing his team’s efforts in ensuring that all paid search ads on SERPs come from reputable sources. Brafton reported that in 2011, Google removed more than 134 million ads and suspended 824,000 accounts for unethical marketing practices or illegal content. While most can be sure that their content doesn’t violate any laws, the announcement makes it clear that any low-quality or misleading landing page content could result in removal from Adwords.

Another minor Adwords development hit the web this week. Dream Systems Media reported on Tuesday that Google has changed the language in its Adwords box to ensure that users understood a reason. Brafton noted that searchers will now see the phrase “Ads related to (search query)” in the box. Users can still click on “Why these ads,” which is located in the top right corner of the box, but adding the related ads language may clarify the presence of the links for some.

Brafton detailed the newest features of Google Search on the iPhone in its report. Users can now access other Google apps they have on their iPhone directly from the Search app, while also leveraging the device’s voice recognition technology with voice search. As mobile search apps advance even further, the value of mobile SEO grows for marketers.

Aside from a greater focus on mobile, B2B marketers are also looking to improve their presence on LinkedIn, as well as producing more blog content, according to a report from BtoB Magazine. Thirty percent of respondents said their No. 1 priority moving forward is boosting their use of LinkedIn. The ability to market to prospects while also appealing to new employees makes LinkedIn an especially useful platform in the B2B space. Additionally, Brafton found BtoB’s survey painted a nice picture for content marketing as well, with 20 percent of respondents saying they plan to focus on their company’s blog.

Paring social with blog content marketing is critical for successful new media marketing. A report from Leo Burnett/Arc Worldwide supported this concept, finding that 42 percent of Americans now turn to a social network during their research for purchases. Social media marketing campaigns are now being used by prospects to look into specific products, as well as gauge businesses. Companies that share fresh, relevant content are likely to see their fans and followers become customers.

Brafton reported that social’s growth has resulted in the development of certain personas within the channel that include shoppers heavily focused on value and those likely to become makeshift brand advocates. Creating social content for these audiences can help businesses make their integrated marketing campaigns more successful.

With all three major players in search rolling out their latest efforts, the reaction in the coming weeks will give early indications of their success. Additionally, May’s end comes with more search rankings that could be huge for Yahoo as it looks curb what has been a turbulent year.