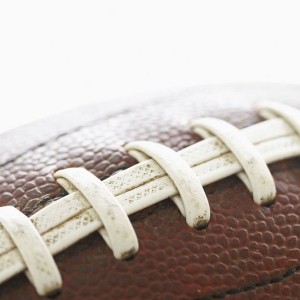 The week ending February 11 was a relatively slow one in the legal world, with much of online trending legal news coming from the world of sports.

The streamers and confetti had barely been cleared off the field of Dallas Stadium following the Green Bay Packers' 31-25 victory over the Pittsburgh Steelers in Super Bowl XLV before the stadium, its owner and the NFL were hit with a lawsuit. Just hours before kickoff, the NFL deemed 1,250 temporary seats that had been set up unsafe, and the organization was only able to find seating for 850 of those ticket holders, meaning that 400 had to watch the game on TV or from standing-room only sections, reports The Associated Press.

“Unfortunately, not all of the ticket-holders to Super Bowl XLV got what they bargained for or what was promised to them,” states the lawsuit, which claims that the fans were deceived.

The NFL has offered those displaced fans two different packages that both include a trip to a future Super Bowl. Online searchers have apparently been intrigued by the story, with searches for “Super Bowl seating” peaking on Monday, February 7.

Elsewhere in the NFL, Washington Redskins owner Dan Snyder is suing Washington City Paper over a column that he claims is anti-Semitic. Specifically, Snyder claims in his lawsuit that the story's accompanying image – a photograph of him with cartoon horns and a goatee – is reminiscent of Nazi propaganda against the Jews, according to the Wall Street Journal's Daily Fix.

Switching gears to the world of baseball, prosecutors in the Barry Bonds case reduced the number of felony charges the home run king is facing from 11 to five. Bonds was originally indicted in 2007 for allegedly lying to a grand jury about his alleged use of steroids, and prosecutors have been scrambling to keep their case afloat ever since. According to ESPN, the new indictment is the fourth version that prosecutors have filed against Bonds. Stymieing their efforts has been the steadfast refusal of Bonds' former trainer, Greg Anderson, to testify against the slugger. The media have been following the saga closely, with a Google News search for “Barry Bonds” returning more than 600 articles.

Moving away from sports, the California Supreme Court has deemed the common practice of retailers asking for consumers' ZIP codes following credit card purchases illegal under the state's consumer privacy laws, according to the Los Angeles Times. Merchants typically ask for this information for marketing purposes. According to Google Trends, searches for “California Supreme Court” peaked on February 8.

These are some of the most prominent legal stories for the week ending February 11.