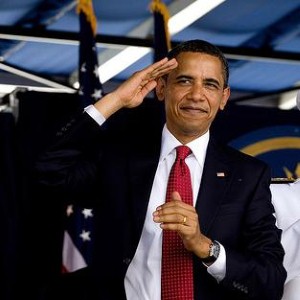 There was a lot happening in the world of online trending legal news for the week ending February 25, so on to the top stories.

This week saw a number of new developments regarding civil rights for homosexuals. First, President Barack Obama ordered the Department of Justice to stop defending the Defense of Marriage Act, which prevents the federal government from recognizing gay marriage, according to The Wall Street Journal. The news source reports that the move is risky for Obama, as a CNN/Opinion Research poll from last year showed that a majority of Americans opposed same-sex marriage.

Obama's state of birth also got in on civil rights activity this week, as Hawaii Governor Neil Abercrombie signed Senate Bill 232 into law on Wednesday, which legalized civil unions for same-sex partners, according to the Honolulu Star-Advertiser.

“For me, this bill represents equal rights for everyone in Hawaii – everyone who comes here,” Abercrombie said. “This is, to me, the essence of the aloha spirit.”

Civil unions have apparently been on the minds of online searchers as well, with searches for “gay marriage” peaking on February 23, according to Google Trends.

With the U.S. Supreme Court back in session, two major rulings were handed down from the high court that will likely have a large impact on litigation. One ruling upholds a 1986 law that bars individuals from suing vaccine makers. The law is designed to encourage innovation among pharmaceutical companies and created a no-fault, company-financed pool from which aggrieved parties can receive guaranteed but limited payments for harm allegedly sustained from vaccines, according to Bloomberg.

While the vaccine ruling may make it more difficult for companies to be sued, another ruling will likely lead to more lawsuits. The high court determined that the family of a woman killed in a car accident can sue Mazda for not installing lap-and-shoulder seat belts in a car, according to The New York Times.

There appears to have been a good amount of interest in the happenings of the high court, with searches for “US Supreme Court” peaking on Tuesday, the court's first day back from its mid-winter break.

In international legal news, WikiLeaks founder Julian Assange was ordered by a U.K. court to be extradited to Sweden to face the sexual-assault allegations made against him, according to The Wall Street Journal. The media have been following the document leaker closely, with a Google News search for “Julian Assange” returning more than 2,000 articles.