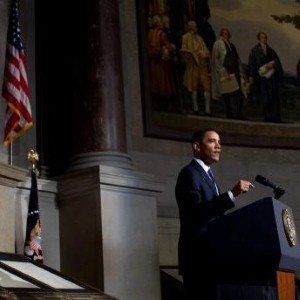 The online trending legal news for the week ending January 28 covered a wide variety of topics, from suspected Arizona gunman Jared Loughner's not guilty plea to a pair of eyebrow-raising lawsuits regarding food.

After President Barack Obama lightly chastised the U.S. Supreme Court for a ruling on campaign financing during last year's State of the Union address, there was much debate about whether the justices would attend this year's speech. Like many recent high court decisions, their attendance at this year's address was split, with six showing up. The Washington Post reports that Republican-appointed Justices Antonin Scalia, Clarence Thomas and Samuel A. Alito Jr. did not attend. Online searchers' interest in the “State of the Union” address peaked on Tuesday, January 25, according to Google Trends.

Another issue involving the courts is taking place in Arizona, where a federal judge declared a state of emergency this week. This move will allow deadlines to be extended in certain criminal court proceedings to help alleviate the pressure on the state's strained court system, according to the Wall Street Journal. The decision was made by Judge Roslyn O. Silver. Silver succeeded Judge John Roll, who was killed in the January 8 shootings in Tucson.

In a story with a more direct connection to the massacre, alleged gunman Jared Loughner pleaded not guilty to one count of attempted assassination of a member of Congress and two counts of attempted murder of a federal employee on Monday. According to the Arizona Republic, a federal prosecutor said more charges will be filed against Loughner at a later date. The media has continued to cover the suspected shooter extensively, as a Google News search for “Jared Loughner” returns nearly 2,500 articles.

In a drastically different kind of case being contested at the state level, the Illinois Supreme Court rejected a challenge that would have kept former White House chief of staff Rahm Emanuel off the ballot in Chicago's mayoral race, reports the Chicago Tribune. Some had claimed that Emanuel did not meet the city's residency requirements. It appears that many people were interested in the candidate's saga, as “Rahm Emanuel” was one of the most searched topics on January 24.

On the lighter side of things, a lawsuit was filed against Taco Bell alleging the fast food chain's meat is not all beef – a claim the company has rejected, reports The Associated Press. Searches for “Taco Bell” spiked on January 25.

In another lawsuit regarding foreign substances in food, U.S. Representative Dennis Kucinich is suing a congressional cafeteria because he allegedly found an olive pit in a sandwich he bought there. The congressman claims that the pit caused him to sustain “serious and permanent dental and oral injuries,” according to the Washington Post.