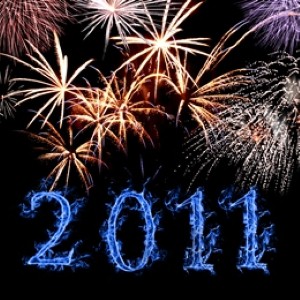 The trending online legal news for the week ending January 7 covered a wide range of topics, from President Barack Obama's attempt to get more than 40 judges appointed to the discovery of the remains of a missing Georgia woman .

The new year didn't just bring in the NFL playoffs and a new season of MTV's Jersey Shore, but a host of new laws as well. On a federal level, some provisions of the healthcare reform law will kick in, including new taxes on drug makers and provisions to lower the cost of prescription medications to the elderly, according to the Wall Street Journal.

The 50 states passed more than 31,000 laws in 2010, with many of them focusing on the the misuse of computers and cracking down on texting while driving. The online community seemed interested in staying up to speed with all new legislation this week as a Google News search for "2011 new laws" returns more than 40,000 results.

A crime saga that had endured for more than a year came to an end on New Year's Day, when the remains of Kristi Cornwell were at last discovered. Searches for "Kristi Cornwell" hit a high on Monday of this week, according to Google Trends. Cornwell was last seen in August 2009, walking along a road in Georgia. The body was found in the woods by Cornwell's brother who was acting on a tip from the Georgia Bureau of Investigation, reports CNN. Investigators are still not certain who is responsible for Cornwell's disappearance.

On Tuesday, January 4, a federal appeals court in California issued an order asking that the state's Supreme Court to weigh in on an issue relating to Proposition 8, an approved ballot measure that banned gay marriage in the state, reports the Associated Press. The three-judge panel asked the court to decide if citizens could defend Proposition 8 in court when state officials declined to do so. Searches for "Proposition 8" peaked on Monday, according to Google Trends.

Elsewhere in the world of the judiciary, President Obama renominated 42 individuals to become federal judges after the Senate allowed their nominations to expire during the last session of Congress, reports the Wall Street Journal. Of particular note was his nomination of Virginia Seitz, a Washington lawyer, to lead the Justice Department's Office of Legal Counsel.

Next week will also likely be full of important legal news involving the federal government, as House Majority Leader Eric Cantor announced that the House will vote to repeal the new healthcare law on Wednesday, January 12, reports Politico.