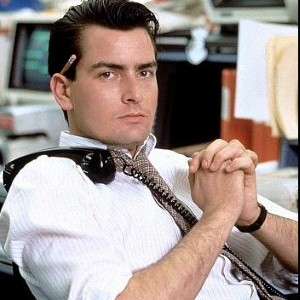 The trending online legal news for the week ending March 11 was all over the map, with stories ranging from alleged Arizona gunman Jared Loughner's appearance in court to Charlie Sheen filing a lawsuit against his former employers.

Coming shortly after his firing from the hit sitcom “Two and a Half Men,” actor Charlie Sheen sued his former bosses for $100 million. Sheen is suing Chuck Lorre, the executive producer of the show, and Warner Bros., claiming that he was only fired because he was critical of Lorre in interviews, reports the Los Angeles Times. Lorre and Warner Bros. said that Sheen's “conduct and condition prevented him from performing his essential duties” and undermined producers' authority, reports the news source.

Online searches for “Charlie Sheen” peaked this week on Tuesday, March 8, according to the latest data from Google Trends.

In a much more serious legal story, the judge in Jared Loughner's case ordered the man who allegedly killed six people and wounded U.S. Representative Gabrielle Giffords in a January shooting to undergo psychiatric evaluation, according to the Arizona Republic.

U.S. District Judge Larry A. Burns said that he didn't want to proceed towards the suspected shooter's trial “until I'm assured that Mr. Loughner is on board,” reports the news source.

The media have been following the goings on related to the shootings closely, with a Google News search for “Jared Loughner” returning more than 2,000 articles.

In another story related to capital crimes, the governor of Illinois signed a bill into law that would end the death penalty in the Prairie State, according to the Chicago Tribune. Pat Quinn said that the choice to abolish the penalty was not an easy one for him to reach.

“For me, this was a difficult decision, quite literally the choice between life and death,” Quinn said in his signing statement. “This was not a decision to be made lightly, or a decision that I came to without deep personal reflection.”

He said that he ultimately decided to eliminate the death penalty because the system is not perfect and could lead to innocent people being put to death.

There has been extensive media coverage of the signing of the bill, with Google News showing nearly 2,000 articles for “Pat Quinn death penalty.”

Those are some of the top online legal stories for the week ending March 11.