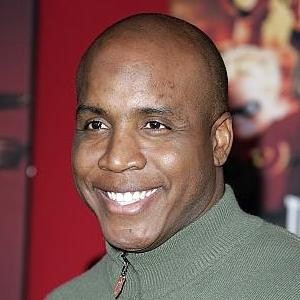 The online trending legal news for the week ending March 25 featured a number of high-profile developments, including the progression of the Barry Bonds trial and the Obama administration's curtailing of suspects' Miranda rights.

Google Realtime results indicate that Barry Bonds – the once celebrated baseball player – is a hot topic of online conversations this week. Social users are still talking about the fact that the later part of Barry Bonds' brilliant playing career was sullied by allegations of steroids use and accusations that he lied to a federal jury in 2003 about his alleged use of performance-enhancing drugs.

The home run king's federal perjury case began this week, more than seven years after he testified before a grand jury about his relationship with Bay Area Laboratory Co-Operative (BALCO) and more than three years since he was indicted, according to ESPN.

During his September 2003 testimony Bonds said he was unaware that his trainers had been giving him steroids; the government believes this was a lie.

Bonds' defense lawyer, Allen Ruby, maintained the claim that Bonds did not know that he was being supplied with steroids during his opening statement on Tuesday, March 22. The prosecution paraded out some of Bonds' former associates, who said that the ballplayer knew he was taking illegal steroids. The defense countered that these people only came forward after Bonds had ended his relationships with them.

The public has been following the Bonds trial closely with data from Google showing that “Barry Bonds” was one of the top searches on Tuesday, March 22.

Moving to further-reaching legal matters, President Barack Obama's administration has generated lots of online chatter for its expansion of exceptions to Miranda rights for domestic terror suspects. Miranda rights were established in 1966 and require law enforcement officials to advise suspects of their rights to an attorney and to remain silent. Under the new rules, domestic terror suspects can be held longer without being advised of their rights, in what The Wall Street Journal calls another step back from Obama's campaign rhetoric regarding potentially unconstitutional counter-terrorism measures.

The public's interest in the decision has been high, with searches for “Miranda rights” peaking on Monday, March 21, according to Google Trends.

A federal judge recently rejected a deal between internet giant Google and a number of publishers and authors that would have settled a 2005 lawsuit over the company's plan to put the world's books online.

Judge Denny Chin of New York said that the deal went too far and would have rewarded Google “for engaging in wholesale copying of copyrighted works without permission, while releasing claims well beyond those presented in this case,” reports the San Jose Mercury-News.

“Google Books” has been a relatively hot topic this week, with searches for the term peaking on Wednesday, March 23.

Next week promises to also see a great deal of prominent legal stories. The U.S. Supreme Court is scheduled to hear the class action suit against Walmart brought on by woman who claims the retail giant discriminated against employees because of their gender.

That's the legal news for the week ending March 25.