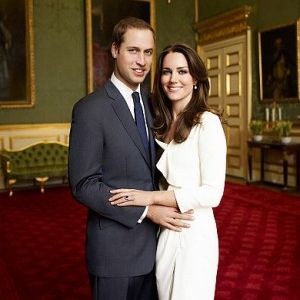 With only a few days until the royal wedding of Prince William and his longtime girlfriend Kate Middleton, the high class pair has dominated the entertainment news for the week. The world has been abuzz about every little detail, from the dress to the flowers to the ceremony itself.

The media is having a field day with the upcoming event, and online Americans can't get enough information about the royal wedding. A Google News search at press time revealed that the phrase “royal wedding” has nearly 12,000 results. Twitter-heads are discussing the topic minute-to-minute, with Google Realtime results for the phrase revealing that social users are focusing primarily on people's plans to watch the ceremony on television.

Speaking of which, The Guardian reports that a made-for-TV movie about Will and Kate will be “so bad it's awful, toe-curlingly, teeth-furringly, pillow-bitingly ghastly.” The story follows the courtship of Prince William and his lady, which began at the University of St. Andrews in Scotland.

However, the film was shot in Los Angeles, and the actors apparently have terrible British accents. We can't wait, and apparently neither can the public! There were more than 9 million web results for the”Will and Kate made-for-TV-movie.”

While on the subject of television, soap opera fans are mourning the death of two of the longest running daytime TV shows – All My Children and One Life to Live. It seems that soap operas will soon be a thing of the past, as more and more of them have been cancelled in recent months, according to Reuters.

The shows will be replaced by shows that relate to food and lifestyle, something that ABC believes is more interesting to viewers. Fans of the soaps took to Twitter to voice their sadness about the cancellation of the show. Updates from the social networking site were happening by the second, according to a a Google Realtime search of “All My Children.”

In music news, Lady Gaga released a [another] single off her new album a little early. The track is titled Judas, and is is in line with the strange and alluring singer's dance/pop style. The rest of the Born This Way Album will debut on May 23. The song seems to be about love troubles – Gaga sings about falling for a man “even though he's a Judas.”

Buzz about the new song began just before noon today, and by 2 p.m., there were already 350 Google News results for “Lady Gaga + Judas.” That number is only going to multiply, so fans of the pop diva should keep their eye on trending websites.

Next week, it's likely that the Royal Wedding will be even more popular among readers and media sources. Only time will tell if the reception of the made-for-TV-movie is as terrible as expected.