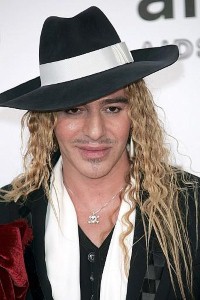 Now that we’ve all caught our breath following the Grammy Awards earlier this month, it’s time to shift our focus to what many see as the Super Bowl of awards shows – the Oscars. With just about 48 hours to go from press time, speculation about who will be taking home the golden statuettes at the 83rd Academy Awards is fueling much of the show biz gossip on the web.

Of course, everyone wants to know which feature film will take home the Best Picture award. Many believe that Black Swan, the dark film featuring the gorgeous Natalie Portman as a too-skinny ballet dancer with terrifying mental issues, will be deemed number one. Others are pulling for the moving film The King’s Speech, which stars Colin Firth as a member of the British royalty with a serious stutter.

Perhaps the Google-sphere can shed some light on who will take home the coveted awards? At press time, there were just under 10,000 articles on Google News that included the term “Black Swan,” while there were almost 11,300 stories featuring the phrase “The King’s Speech.” Not surprisingly, the underdog film nominated for Best Picture, “127 Hours,” returned a mere 4,315 articles on Google News at press time.

Celebrity buzz hasn’t been entirely glamorous this week, however. Hollywood’s resident rapscallion, Charlie Sheen, has landed himself in the headlines once again with a poorly timed radio rant in which he called producer Chuck Lorre a “charlatan” among other less delicate terms. Unfortunately, Lorre produces Sheen’s TV show, Two and a Half Men, which has since been canceled. Our advice for Charlie? Keep your mouth shut!

Sheen wasn’t the only one who made news for his erratic behavior. On Friday, February 25, the Twitter world was buzzing with rumors about Dior fashion designer John Galliano, who has been accused of assaulting a couple and spouting anti-semetic sentiments while in a bar in Paris. The alleged outburst prompted Dior to suspend Galliano.

Galliano’s name was generating minute-by-minute conversation on Twitter, according to a Google Realtime search of his last name at press time. We’re wondering how Kate Moss feels about all this, as she recently tapped Galliano to design her wedding dress. Will she still model his gown when she walks down the aisle in July?