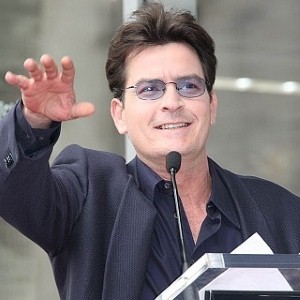 This week, the entertainment news world discovered a new drug, and it's called Charlie Sheen. Yes, the Two and a Half Men actor was all over the headlines this week, after a series of media interviews shocked audiences and spawned a new generation of lingo, all derived from Sheen's crazy rants.

At press time, a Google news search for “Charlie Sheen” returned nearly 18,000 results. His zaniness only garnered more attention when he opened a Twitter account. By noon Friday Sheen had more than 1.5 million followers. In fact, Sheen shattered a Twitter world record. He reached the 1 million followers mark in 25 hours and 17 minutes, a feat which was confirmed by The Guinness World Book of Records.

It appears that he'll be using the website to help make up for some of the money he lost after his show was canceled. Sheen has signed on with a branding company that will pay him for marketed tweets.

Last week, we mentioned that John Galliano, the famed designer for Christian Dior, was also in the public eye for his drunken rants at a restaurant in Paris. Video of the incident shows a swaying Galliano claiming he “loves Hitler,” among other anti-semitic comments. Now it appears that he is paying a similar price as Sheen – he has been fired and will not appear at the upcoming Paris Fashion Week. Just goes to show – you pay for what you say.

Though Awards Season has come to an end, there is still plenty of movie buzz to talk about this week. Recently, Michelle Rodriguez, known for her brief role on the hit show Lost, announced that the sequel to the blockbuster Avatar will “go underwater.” This is likely exciting news to fans of James Cameron, though it's unclear whether Rodriguez will be asked to play a role in the second Avatar film.

Trent Reznor, who won an Oscar last week for his work on the score of the film The Social Network, let us know that he's not done with the silver screen. According to Entertainment Weekly, the Nine Inch Nails frontman is in talks with 20th Century Fox to score and play a part in the upcoming vampire flick Abraham Lincoln: Vampire Hunter.