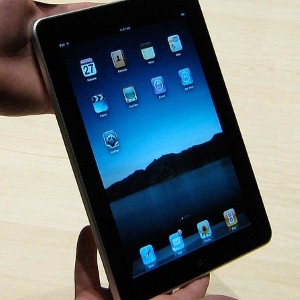 Early this month, Apple dominated technology headlines and conversation when its iPhone officially moved to Verizon. To begin March, Apple will likely attract the most attention from technology experts and consumers again, as the Cupertino, California, outfit announced it will unveil its iPad 2 at an event in San Francisco on March 2.

A number of technology news organizations revealed details of the next generation tablet, which is expected to include a front-facing camera to support FaceTime video chat and operate on both CDMA and GSM mobile networks. With the device available through both AT&T and Verizon, functioning properly on both network types will help customers avoid service outages and dead zones.

Not everything is known at this point about the device, which has led to substantial speculation on both social media websites and various technology blogs – enough that “iPad 2” has remained a trending topic on Google Realtime search results throughout the week.

While Apple is still the clear leader in both enterprise and consumer tablet markets, its most legitimate competitor, the Motorola Xoom, went on sale Thursday, through service provider Verizon. Early feedback on the device is difficult to gauge.

The Motorola Xoom runs on Google's Android 3.0, the most advanced version of the mobile operating system, which will impress any users who get their hands on it. However, the hefty pricetag has some questioning its value and viability in the market. Without a two-year service contract, the Xoom will cost about $800, however, it will run about $600 with a two-year agreement. To make the deal a little sweeter, Verizon will offer upgrades to its version of 4G, LTE, for free, when the technology is available.

Searches for “Motorola Xoom” on Google Realtime reveal consumers' preoccupation with price questions and concerns regarding the Xoom. It is, according to most, a superior tablet, but it just may be too expensive to impact the market the way Motorola and Google hope it does.

Motorola found itself atop the web's trending topics with its Android-powered Atrix smartphone as well. On February 21, consumers who pre-ordered the Atrix for home delivery or in-store pickup received their devices, while Thursday was the intital date for in-store purchases. “Motorola Atrix” quickly drew attention on Google Realtime, as users wondered if the device warranted a new investment.

While the Verizon iPhone's presale numbers led many to believe it was still the clear No. 1 choice for smartphone users, a study from consumer intelligence firm Market Force Information found Android-powered devices are preferred by 34 percent of respondents planning to buy a smartphone in the next six months. In terms of overall smartphone penetration, 51 percent of the 5,600 people surveyed in both the U.S. and Canada currently own a smartphone.

Both Verizon and Google appear poised to remain atop their specific industries, as the pending release of the HTC Thunderbolt on Verizon has consumers excited. Currently, AT&T's Motorola Atrix and Sprint's HTC EVO are the most advanced Android-powered smartphones on the market. However, the Thunderbolt, which runs Android 2.2, will likely snag that distinction upon release. At this point, though, its release is anything but certain. Conflicting reports have the device coming to stores as early as March 4 or as late as April.

Delaying its release may be especially costly for Android. With Verizon now offering the iPhone, consumers looking to upgrade to a smartphone and those with expiring contracts, may be waiting for a new Android release before choosing between it and the iPhone. It's difficult to determine how much longer these consumers are willing to wait. Additionally, waiting to release the device is one thing, but failing to finalize a release date may dissuade potential users from choosing Android.

When it it is released, the competition between the Thunderbolt and the iPhone for Verizon customers will likely heat up quickly. Based on Google Realtime search results for “HTC Thunderbolt iPhone,” many social media users will choose between these two devices for their next smartphone purchase. A substantial portion of the Twitter mentions included the phrase “HTC Thunderbolt or iPhone.”

HTC doesn't appear to be too concerned, though, as the OEM and Sprint recently revealed the Arrive – the first Sprint-powered phone to run Windows Phone 7. While Microsoft has failed to become a legitimate contender in the smartphone OS battle since WP7's release in October 2010, the Arrive is its latest attempt at drawing more customers. Sprint's smartphone offerings are limited compared to AT&T and Verizon, which both offer the iPhone, Android-powered devices and Research In Motion's BlackBerry devices, among others. Still, Microsoft hasn't done much to distinguish itself from its primary competitors. Adding more to its product catalog may help. On Friday, reports broke regarding the spring release of the WP7 Trophy through Verizon.

Even when some Redmond has some positives to report in its mobile operation, Microsoft manages to bring itself back down. Microsoft released the first update for WP7 earlier this week, but approximately 10 percent of its users were unable to install the new software. The company reported bad internet connections and storage issues were responsible for the failures. In spite of the company's explanation and suggestions that a new update will come from Redmond soon, consumers seem frustrated and unimpressed with Microsoft's attempt at mobile. Even with the announcements of the Arrive and the Trophy, most web conversation for “Windows Phone 7” this week dealt with the glitch.

With the iPad 2 coming next Wednesday, Apple doesn't have to do much to move itself into the forefront of web conversation. However, finalizing a release date for the Thunderbolt could help Android even things out.