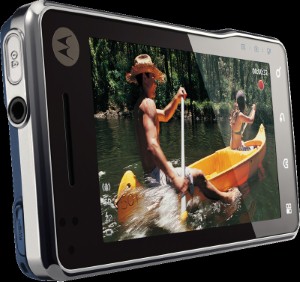 Most people with an interest in technology are either in Las Vegas for the ongoing Consumer Electronics Show or keeping a keen eye on the industry’s annual tradeshow, Google Realtime search results demonstrate consistent conversation and attention on the event throughout the week.

However, market research firm comScore may have painted the most telling picture of the current consumer technology market. On Thursday, the company released a report stating Google added 6.4 percent to its smartphone customer base between August and November of 2010.

At the end of August, Google’s Android mobile operating system accounted for 19.6 percent of the U.S. smartphone market. By the end of November, 26 percent of all smartphones in use were Android-based. The company has demonstrated the value of releasing a series of smartphones to multiple service providers, rather than signing an exclusive agreement as Apple did with AT&T prior to the initial iPhone release in 2007. While Apple has continued to succeed in the smartphone market, comScore reports Apple currently accounts for 25 percent of the total market, it has lost many potential customers – especially Verizon users – waiting for iPhone to come to their carrier.

ComScore’s report spelled further devastation for Research In Motion, which continued to suffer losses between September and November. The company began the period with more than 37 percent of the smartphone market, but it ended November with 33.5 percent. While it still leads the market, the success of Apple and Google has made it difficult for RIM’s BlackBerry to gain any ground in the market.

The tablet market, however, will likely see RIM’s first contribution in 2011. The company unveiled its PlayBook tablet in September, but more details of the device and its capability have come at CES. In the first quarter of 2011, the device will be available in Wi-Fi-only format through wireless carrier Sprint. However, Sprint plans to add the PlayBook to its 4G network in the summer, which will likely drive further sales. While Apple’s iPad is expected to dominate the tablet market for the foreseeable future, additions, such as the PlayBook, will provide consumers better options.

Further detracting from Apple’s virtual monopoly is the Android-based Samsung Galaxy Tab, which Verizon Wirleless announced at CES will be available on its 4G LTE network soon. While no specifics were available related to release date or cost, the specs of the 4G-enabled device will be almost-identical to the Galaxy Tabs currently in use.

Computer vendor Dell made its first foray into both the tablet and smartphone markets at CES. Its smartphone, the Dell Venue, features Android 2.2, but, like most items introduced at CES, it is unknown when exactly the device will be available and what it will cost. The same is true for the Dell Streak tablet. For the popular computer manufacturer, its mobile devices are critical to its long-term success, as its desktop and laptop computer sales have dropped in recent years.

Market research firm Trefis reported Dell owned 16.4 percent of the desktop PC market share in 2005, however, the number its share has fallen to 14.6 percent. While a 1.8 percent drop is hardly substantial, Trefis expects the numbers to fall further as consumers continue to abandon traditional on-premise computing choices for netbooks, tablets and other devices.

Selecting Android will likely help Dell secure a portion of the market share as a result of existing brand loyalty. Still, popular smartphone original equipment manufacturers, such as Samsung, HTC and Motorola, seem to carry the most influence. ComScore’s report on smartphone OS market share also noted Samsung currently leads the OEM race with 24.5 percent. LG, at 20.9 percent, and Motorola, at 17 percent, landed second and third in comScore’s rankings.

The popularity and widespread coverage of CES has forced consumers to consider their next wireless purchase. Based on Google Realtime search results, the term “best smartphone” spiked in searches and Twitter mentions throughout Friday morning. Furthermore, “CES” was ranked first on Google Trends for most of Friday, while “CES” was also a trending topic on Twitter.

Noticeably absent from CES is Apple, despite the presence of many apps designed for Apple’s App Store and gadgets created for compatibility with the iPhone, iPad and other Mac devices. Still, the weeks following CES, like so many before the event, will be dominated by rumors of the long-awaited announcement of iPhone’s move to Verizon. Tech experts believe the announcement will come before Valentine’s Day, but both companies have refused to comment.