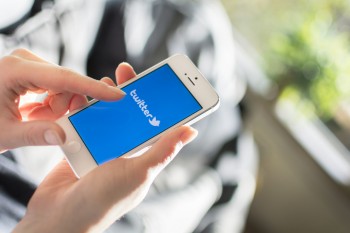 Twitter made a number of key changes in 2014 that marketers will need to take into account when updating their strategies for a successful new year. The social network unveiled a new layout that emphasized visuals and videos, began offering analytics data for marketers and kicked off its effort to be an eCommerce hub with the introduction of the Buy Now button.

Here’s what marketers should know about what the future holds for Twitter when planning their social marketing strategies for the upcoming months:

Video engagement is going to explode

If you’re not featuring videos on Twitter, now is a good time to start. According to the Wall Street Journal, Twitter will soon automatically play videos in news feeds – similar to what Facebook implemented last year. (The result for Facebook? A 785 percent growth in video views from 2013 to 2014.)

Video Tweets will be more attention grabbing to users scrolling through feeds. It’s important when crafting a video Tweet to think about hooking the user from the start of the video – and keeping it short and simple.

Now may be the perfect time to test the waters with an updated YouTube strategy or Vine campaign. Learn more here.

‘While you were away’ updates officially roll out

One concern marketers often have with Twitter is that their well-crafted Tweets will get lost in the shuffle. If users don’t check Twitter constantly, they will inevitably miss out on the great content you’re sharing.

Now that Twitter has officially rolled out its new “While You Were Away” updates on IOS platforms, marketers can breathe a sigh of relief that older Tweets have the potential to be revived.

The main takeaway is that marketers should be publishing fresh content on Twitter throughout the day. This increases the likelihood of your pieces being shared, clicked and engaged with, whether the audience is seeing it in real-time or in a “While You Were Away” roundup.

Global Twitter usership will increase – thanks to new acquisition

Twitter has continually updated its platform through the past year, and smart marketers have also evolved to keep up. If your strategy is the same as it was three years ago, you might be missing opportunities to engage prospects without even realizing it. Social media marketing results come from strategies that inspire people to follow along to receive helpful tips, attracting visuals and educational videos.