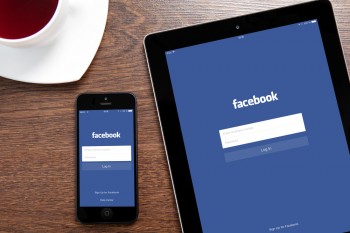 Marketers who take for granted that most of their target audience is browsing social media on desktop computers, take notice. The latest numbers from Facebook indicate about 400 million users are mobile-only. This population never logs in on a traditional PC, but it also makes up a substantial portion of the network’s base. According to official Facebook estimates, mobile-only users account for 30 percent of the service’s 1.3 billion members.

Why is this important for brands to understand? First, it should highlight one of the many reasons social marketing is such a useful and scalable tool. SEOs might need to carefully look at their Google Analytics numbers to see how many of their visitors are arriving from regular organic search and how many came across content on a mobile device. UX can be quite different on desktop and mobile homepages, and companies that haven’t thought through responsive design could be losing a huge portion of their traffic.

This is where Mark Zuckerberg might be doing you a favor. Facebook has made the mobile/desktop experience seamless. In a recent earnings call, the Facebook CEO said the average person spends 40 minutes on the network each day. Perhaps most tellingly, the company didn’t break this figure down into mobile and desktop minutes, instead lumping together users no matter how they were browsing.

Brands should therefore save some of their marketing budgets and UX expenditures on making sure their own websites work well on both desktop and mobile devices. Social visitors have uniform experiences whether they’re using Firefox on a laptop, Chrome on an iPhone or Internet Explorer on an Android tablet. Most businesses already set aside funds for these improvements.

Budgeting for a device-diffuse world

According to a study by Kenshoo, 83 percent of companies no longer break down their mobile and desktop spending into discrete budgets. Instead, they bundle them together. Rather than considering one more important than the other, almost all brands realize their customers aren’t even necessarily divided into groups depending on the devices they use. Instead, what separates them is WHEN they use separate devices.

As Brafton reported, many customers aren’t limited by technology, but rather convenience. For example, many people switch back and forth from smartphones to laptops to tablets, often while in the course of performing a single task. Brands need to provide useful content, but if that content isn’t optimized for UX and seamlessly translates from one device to another, relevant, high-quality media could be abandoned in favor of sites with better functionality.