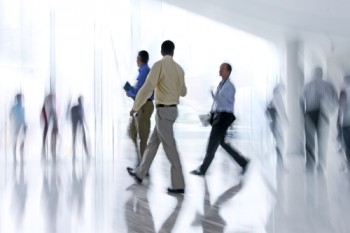 According to a report from market research firm Gartner, Android was the most frequently purchased smartphone operating system in the first quarter of 2012. For marketers, increased ownership of Android-powered devices, and smartphones in general, places a greater focus on mobile SEO and content that targets the on-the-go consumer.

Research In Motion, which makes the BlackBerry line of handsets, continues to lose customers to both Apple and Google’s Android. Gartner reported that their same study from 2011 pegged RIM at 13 percent of the market. This figure has fallen to 6.9 percent in the last year, as users turn to other operating systems with greater capability.

With both Android and Apple continuing to add to their market share at the expense of others, such as Windows Phone and Research In Motion, marketers need to be sure that their mobile SEO campaigns reach these users.

A study from the Interactive Advertising Bureau suggests that more consumers are conducting searches on their devices for quick information. IAB’s poll on mobile commerce activity found that searching for product or service information and researching store locations were the two most frequently named tasks consumers had recently completed.

Moreover, Brafton recently reported that mobile search as a whole is quickly growing. By the end of 2012, more than 30 billion mobile searches will come from smartphones. Furthermore, by 2015, mobile queries are slated to surpass desktop search with nearly 86 billion requests sent from smartphones.

In terms of targeting different mobile operating systems, Brafton reported that iOS users spend more of their time on the web searching than users of any other OS – desktop or mobile. Fifty-four percent of mobile web access is dedicated to mobile search on the iPhone, while 43 percent of mobile web browsing is used for sending queries on Android.