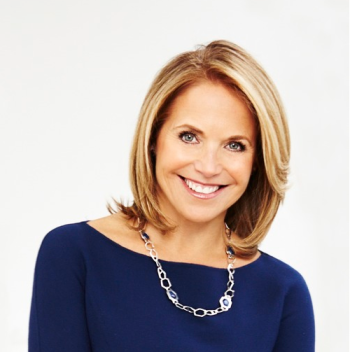 The world of digital journalism is maturing, and it appears we’re quickly moving away from the days when internet users were expected to trust what ever web content showed up at the top of results pages. Search engines are nurturing technology that can suss out which information comes from reliable sources and prioritize those answers for internet users. Yahoo is paving the way and working toward re-establishing its relevance by stacking its editorial deck with journalistic powerhouses, and CEO Marissa Mayer recently announced she’s bringing Katie Couric into the fold.

Starting in 2014, Couric will no longer be an ABC newscaster and will instead assume a position as Yahoo’s Global Anchor. She will serve as the face of the search engine’s news content, covering the biggest stories in digital videos. Couric will be heading up a crew of well-known journalists who have already been lured away from traditional media to Yahoo, including tech writer David Pogue, political correspondent Matt Bai and editor Megan Liberman.

Each of these team members is expected to champion his or her respective niche, but also to “pioneer a new chapter of digital journalism,” according to the blog post penned by Yahoo’s CEO Marissa Mayer.

“We are investing in bringing our users the absolute best content and video experiences available – and this is just the beginning!” Mayer added.

Combined with Google’s push for writer transparency via Authorship, this seems to be the wave of the future for web publishing. Brafton previously covered a report revealing 111 million Americans are going online to read news, and providers will need to be competitive to earn consumers’ clicks and attention moving forward. This will require them to develop authority around certain subject areas and give thought leaders the voice to reach online readers.

Here are some thoughts from our leaders about what this development means for the future of content marketing and journalism:

“The appointment validates at an unprecedented level that there’s a shift in the way people are getting information. People, and younger audiences in particular, are not watching things like nightly news anymore. They are getting their information from places like Yahoo or Google News.” – Sales Director Sean Greene

“Yahoo is leading the way in use of content as a website differentiator, though the caliber of content created for the web has been notably rising for years. Couric’s appointment validates that the web is a medium for premium news coverage. I’m eager to see more respected offline media names make moves to get their digital closeups, and more web authors gain mainstream respect.” – Head of Marketing Content and Communications Katherine Griwert.

“From a production standpoint, the line is also blurring: Online video is showing an increase in production value, sometimes surpassing the level of production previously only seen in broadcasting.” – Video Production Manager Perry Leenhouts

“It is exciting to see the appointment of Katie Couric in this role. Transitioning her top-notch experience from TV broadcast journalism to the online digital world will push marketers to bring a higher level of sophistication to their entire digital marketing strategies. Now, more than ever, it is critical for online businesses to broaden the scope of their strategies, merging the worlds of traditional content marketing with on-demand video content. Audiences expect a higher level of quality engagement and on-demand broadcasting right at their fingertips.” – Director of Content Marketing Gwen Slattery

There’s no doubt people are spending more time online, and there’s a logical shift toward online news consumption. This leaves publishers with a choice – move swiftly toward an era that’s defined by real-time, on-demand digital production or risk becoming irrelevant as conversations and content become even smarter.