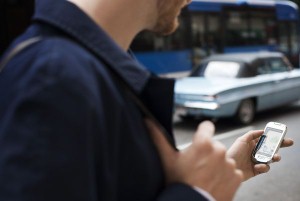 Google and market research firm Ipsos recently came out with a study on the growing market of smartphone users and their behaviors. According to the survey, 69 percent percent of American smartphone owners access the mobile web at least once every day.

While this figure is still less than the 80 percent of desktop or laptop owners accessing the web every day, it represents consistent and steady growth. According to Google, gaining a better understanding of the market will allow businesses to tailor their content marketing production and publication more effectively.

Aside from greater mobile web use, the smartphone market itself has undergone rapid expansion as the technology becomes more capable and less expensive. The survey found the tablet market is experiencing a similarly strong performance in terms of ownership and internet access. Google and Ipsos found that 17 percent of respondents own a tablet.

The market is maturing to an extent too, with 46 percent of American smartphone users saying they’ve owned a smartphone for at least one year. Still, one-fifth said they’ve only used their devices for the last three months.

As mobile users become more comfortable with their handsets and the mobile web, the are turning to their smartphones and tablets for a growing number of tasks. Brafton recently reported that mobile commerce represents 23 percent of all ecommerce, with 14 percent of online purchases stemming from smartphones and 9 percent from tablets.