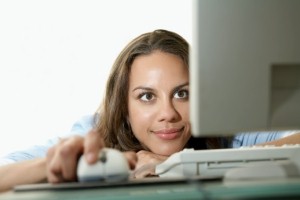 A report from AYTM Market Research found that 74.3 percent of consumers use Google search as their primary option for finding information on the web, which means SEO (and Google+) best practices should be top marketing priorities for businesses. The study, which included 400 consumers, also found that most people are not interested in Google’s new Activity Reports, which detail a user’s monthly activity across Google services.

Aside from search, AYTM also found that 60 percent of consumers use Gmail as their main email services, and 61 percent use YouTube to view video content. The figures suggest Google is the leading access point for various forms of content marketing – from site pages to email messages.

New media marketing campaigns focusing in the creation of content to improve SEO typically use Google’s search updates as guidance on how to maximize web visibility. With the infusion of Google+ data to inform search rankings, these companies may want to add the platform to their social media marketing strategy as well. The survey found that more than 18 percent of respondents use Google+

The end of consumers’ dependence on Google is nowhere in sight. While many suspected Google would lose some of its dominance after launching its privacy policy on March 1, nearly one-third of respondents said they were unaware of the privacy update.

Brafton reported that initial discussions of Google’s privacy policy led to a related Washington Post survey, which revealed that more than 65 percent of people would cancel their Google accounts due to the new policy. However, AYTM’s survey results show that most have continued to use the company’s services since the policy rolled out.