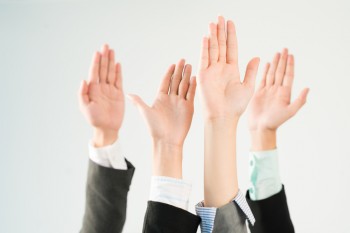 One of Google’s newest features, the quick answer box, is showing up even more frequently. Moz recently conducted a study when it noticed the frequency at which answer boxes displayed in search increased significantly. Between September 25 and 26, the boxes appeared for 3.5 percent of queries, representing a 42 percent increase day over day.

The analysis also revealed a 98 percent jump in a new kind of quick answer boxes that are extracted from third-party sites, such as Wikipedia, and contain a direct answer with a link underneath. Moz concluded this demonstrates Google’s rapidly expanding its ability to interpret and deliver answers from web content. Even focusing on semantic web results, such as those derived from Google’s Knowledge Graph, it appears during the same one-week period of observation, rich snippets increased by 44 percent. Brands working on SEO strategies shouldn’t worry SERPs are being completely remodeled – the highest number of searches Moz found with answer boxes in them was only between 2 and 4 percent. Still, Google is slowly but surely increasing how frequently non-standard results appear. So what are the implications for web marketing?

The bulk of the quick answer boxes seem to be in keeping with the work Google is doing to create a Knowledge Vault that stores facts . That is, when a question has a clear answer, the snippet will display it. As queries become more pointed (“how to insulate a brick house in Maine” rather than “home winterproofing”), the results pages can be owned by sites with appropriate information.

2. The system is still a work in progress

One of Moz’s most important observations was quick answer boxes still rely on crawled text. For example, a search for “How much does Google make?” turned up an irrelevant Moz article that was both out-of-date and off-topic. So there are clearly SEO wins available for brands looking to corner the search clicks on very specific queries. Appearing in a quick answer box gives added visibility, and every since Authorship was eliminated, SERP real estate has been in high demand.

Want to learn more about how Google is remaking the web to answer any and all customer searches?
Check out our semantic search eBook – Speaking Google’s Language.