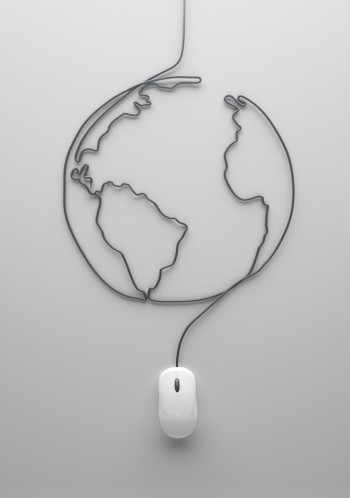 When new technologies stop being novel and start becoming necessary, there is always a level of skepticism. Since clocks were invented and the written word was adopted, people have questioned whether new technologies would enhance their lives or make them less meaningful. The internet was perhaps subject to this criticism even more harshly than other recent developments like cell phones or even television. It was understood this advancement would fundamentally change the way people operate in the world, and Americans have decided it’s an improvement.

Marketers have similarly been forced to decide whether to embrace the web for its democratic platforms and wide-reaching arms, or move toward it begrudgingly because the shift was ine. A new survey from the the Pew Internet & American Life project is meant to celebrate the internet turning 25 on March 12, 2014. However, it simultaneously demonstrates why forward-thinking marketers who see brand content as a way to educate the masses are the contemporary advertising winners.

A full 90 percent think the web has been a good thing for themselves on a personal level.

Pew polled over 1,000 consumers to take a pulse on how they use the web. Nearly nine in 10 (87 percent) said they are currently internet users and a full 90 percent reported they think it has been a good thing for themselves on a personal level. At the same time, three-quarters believed the web has been a positive development for society in general.

Combined, these findings explain why the majority of Americans think they would have a difficult time giving up the internet. Brafton reported they think it would be harder than it would be to disconnect from cell phones or social networks. The web has changed the way people perform most functions in their daily lives, from researching products before purchasing (89 percent) to scheduling healthcare appointments and checking daily bus arrivals. Companies that provide data, research and information through their web content will assist customers as they make decisions every day.

These results also signal that the web is here to stay, and brands must accept this truth and find ways to turn their brand messages into content to stay relevant and fuel results in the future.