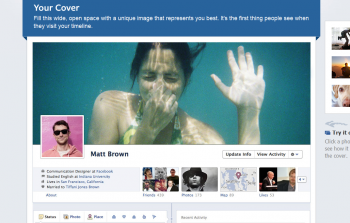 A report from link-shortening and sharing service Bitly suggests that companies using multiple platforms for social media marketing should use each network at certain times to boost visibility and engagement. According to the data from Bitly, the ultimate virality of social content depends heavily on the time of its publication.

Looking at the performance of different content on Twitter, Facebook and Tumblr, Bitly isolated certain times of each day and week most likely to result in more visibility.

Businesses relying on Twitter, for example, should focus on the early afternoon during the first half of the work week. Bitly found that brands’ Twitter activity garners the most interaction at these times. Meanwhile, businesses should avoid sharing content on Twitter after 8 p.m., as it will likely go unseen by prospects.

Tumblr varies greatly from Facebook and Twitter. According to Bitly, Tumblr is best suited for B2C social media marketing since it typically doesn’t see increased activity until after 4 p.m. Moreover, content shared after 7 p.m. seems to perform best.

The findings are interesting and might help marketers guide their social content publication, but it’s important that businesses consider their target audiences and how they might go against the norm. For instance, a Buddy Media report found that retail engagement on Facebook spikes on Sundays when people are leisurely thinking about shopping. Food and beverage businesses, on the other hand, will likely find the most Facebook audience activity on Saturdays.

Regardless of the posting schedule that proves best for unique businesses, it’s important to account for audiences’ peak times of social activity as part of an overall internet marketing game plan. Brafton recently reported that despite its rapid growth as a marketing tool, social media is not integrated effectively by more than half of companies using it. Many of these organizations rely on social for internal communications or other tasks, but they haven’t successfully targeted their customers with Facebook, Twitter or other platforms.